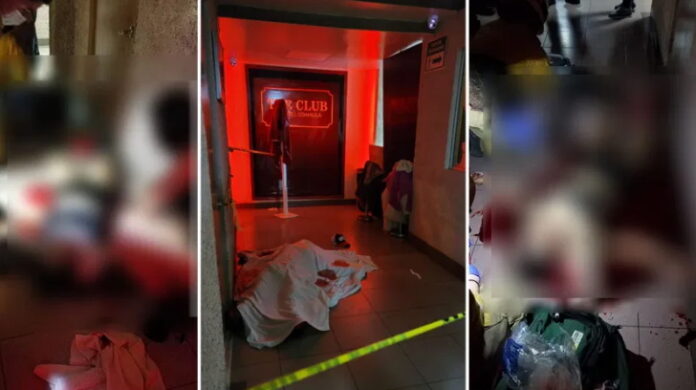 Logan Matthew Kelley, 26, was arrested in Tijuana on Wednesday night after police say he killed Isis Atalia Montoya Romero while she was working at Adelita Bar in Zona Norte, the city’s red-light district, The San Diego Union-Tribune reported.

A former Rutgers University basketball player was arrested in Mexico this week in connection with the murder of a 19-year-old strip club worker, according to multiple reports.

Romero was pronounced dead at the scene. According to local reports, Kelley allegedly walked up behind her and sliced her neck with a knife.

According to the Union-Tribune, a video of the brutal killing is circulating on social media.

Unofficially, it is said that the American was her sentimental partner and upon learning of the young woman’s true work, he decided to murder her. However, this is not yet confirmed, as the official version says that the lady was recognized on the spot by her husband, who was sexually exploiting her.

Kelley is allegedly pictured wearing a mask as he walks up behind the victim, puts his arm around her neck, attacks her and throws her to the ground. He then runs from club security.

A State Department official told the Union-Tribune that the agency was aware of the case but declined to comment further citing “privacy consideration.”

Kelley was born in Ohio but raised in North Jersey where he was a star basketball player at Governor Livingston High School in Berkeley Heights, according to NJ.com. He was a walk-on at Rutgers where he played three games his freshman year but left the program before the start of his second season.

He transferred to Northeastern Colorado Junior College for one season and finished his collegiate career at Montevallo in Alabama before declaring for the 2017 NBA draft. He was not selected.