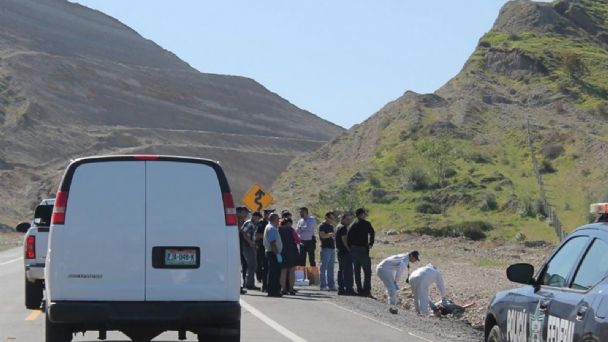 In 24 hours, six men have been shot to death in Ensenada territory, four of them in the Wine Route area, one in the city and another further south of the municipality.

A young man of approximately 20 years of age was murdered at dawn on Saturday, February 13, in the Valle de Guadalupe and another bound corpse was found on the beach of Ejido Eréndira, south of Ensenada.

On a second violent day in the area of ​​the Wine Route, around 02:40 hours shots were heard in Lucio Blanco and Octava streets of Valle de Guadalupe, with a fatal victim of just 20 years.

This death is added to the triple homicide that occurred on Friday morning on the Ensenada-Tecate highway, kilometer 82, in the Francisco Zarco town.

A second event was reported at 06:30 this Saturday, now on the beach of Ejido Eréndira, where the town ends. The body was bound hand and foot.

On Friday afternoon, another man was shot to death in Alisos and Brasil streets in the Tercer Ayuntamiento neighborhood.

So far this year, there have been 62 murders in the Ensenada municipality, 19 of them committed in February.