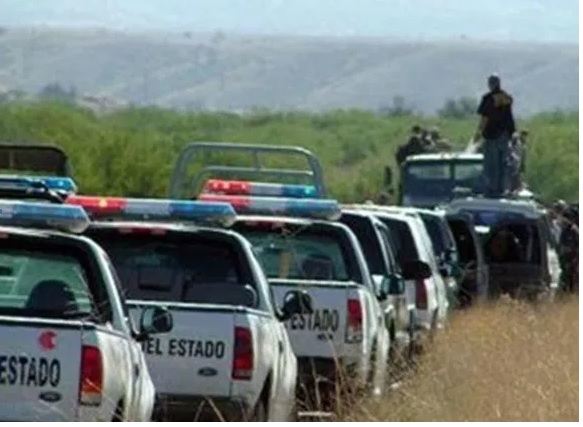 Located in the south of the state of Chihuahua, the municipality of Villa Coronado was the scene of an armed confrontation between organized crime commandos, actions in which five men lost their lives. Three of them, possibly while they were still alive, had their heads cut off by their executioners, which they placed on the hood of a truck.

According to police reports, on Sunday, Feb. 14th, at the junction known as Iturralde, armed commandos of criminal companies allegedly engaged in drug trafficking “clashed”, who exchanged gunshots for more than half an hour. leaving an outcome of five dead bodies. It is unknown to which criminal group the now deceased belonged.

It was highlighted that three of the executed had their heads cut off, and placed on the hood of a new-model pick-up truck. “The scene will be more than horrifying, since on a dirt road and the asphalt layer of the highway that goes from Zapata to Coronado, the humanities of two more people remained, which had dozens of gunshot wounds, all of them heavy gauge, it was estimated.

Locals in the area say that the armed confrontation lasted at least 30 minutes, without any police authority showing up, which happened once the bloody shooting ended. In addition to the truck in which the criminals left the three heads, the authorities attested to the existence of at least three more vehicles, those with bullet holes. Experts and prosecutors carried out various procedures in search of clues and evidence, beginning the integration of the investigation file.

The 5 victims of the confrontation that took place on the Coronado-López highway were completely identified, 3 were originally from Sinaloa and 2 more from the region.

The other three were originally from the state of Sinaloa, Ángel Alberto Rodríguez Becerra, 25, from Mazatlán, José Guillermo Villarreal Mata, 35, from Culiacán, and Jesús Andrés Samaniego Rocha, 27, from Navolato.