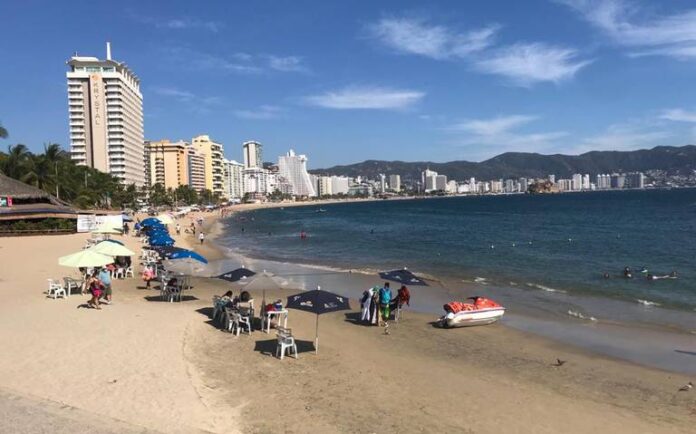 This Saturday the port of Acapulco woke up with a general hotel occupancy of 23.4 percent, the state Tourism Secretariat reported.

Likewise, the statistics show that, by zones, the Golden at 25.1, the Diamond at 21.5 percent and the Nautical or Traditional with 18.9 percentage units.

The Ixtapa-Zihuatanejo beach binomial reached 26.5 percent, while separately Ixtapa 27.8 and Zihuatanejo with 19.8 units.

The silver city of Taxco de Alarcón reached 15.5 percentage points, so the state average in the Triángulo del Sol is 24 percent.

Condo occupancy in Acapulco by zone reached 29 percent in Diamante and 27 percent in La Dorada.

The timeshare for Ixtapa – Zihuatanejo is 13 percent and Acapulco with 06 percentage units.