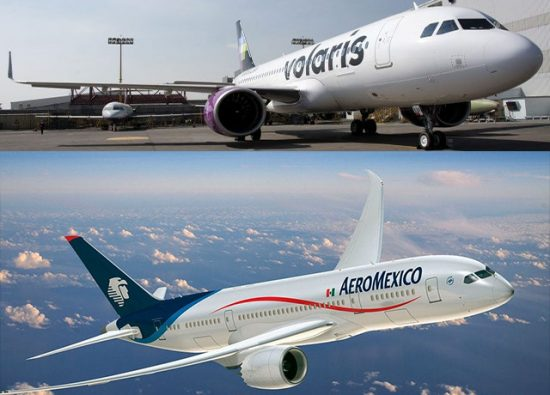 As part of the strategy of the airlines that operate flights to the country’s capital to reduce costs, several daily frequencies have stopped operating

MÉRIDA, Yucatán.- In order to save economic and human resources, the airlines that operate at the international airport of the city of Mérida proceeded to cancel national and international flights, for which reason they have deferred flight schedules to their clients.

So far in February, 40 domestic flights and one international have been rescheduled.

The manager of the Mérida airport, Óscar Carrillo Maldonado, said that Aeroméxico and Volaris, in their strategy of optimizing their resources, had to direct their passengers to delayed schedules to travel to Mexico City.

He pointed out that so far this month of February these airlines have proceeded to cancel and / or reschedule 40 domestic flights and one international one at the Yucatecan air terminal, the domestic flights that have been canceled are destined for Mexico City.

He explained that this month up to two frequencies a day were canceled, mainly because the airlines are modifying their aircraft operating mechanisms, expenses and resources due to the economic situation of these companies.

He pointed out that the connections and routes to destinations such as Guadalajara, Monterrey, Oaxaca and Tijuana are maintained according to the established schedules and times.

He added that United Airlines canceled the route to Merida from Houston, Texas, due to weather problems, which forced passengers to travel the next day; at this time, there are no interruptions and the route remains open and operating normally.

He stressed that no passenger has stayed on the ground due to the cancellations, since the airlines have protected their passengers at later times, prioritizing travelers with connecting flights and serving people who need to arrive in the country’s capital during working hours. and established work activities.