The finca built by actor Mario Moreno, better known as Cantinflas, in the 70s as a gift to his mother, was put up for sale a couple of years ago. However, it has recently been revealed the amount that is required to buy the property located in San Miguel de Allende, Guanajuato.

In that rest house, Cantinflas visited his mother, Soledad Reyes, and hosted some stars of the time, such as Dolores del Río, Manolo Arruza, María Félix and Agustín Lara.

After the death of Mrs. Soledad Reyes, Moreno sold the property with everything that was inside; that is, some objects that belonged to him, such as books, trophies and photographs. At the end of its sale, the farm was conditioned to operate as a hotel.

Currently, the place continues to function as the La Ermita hotel and inn. However, according to an interview with TvyNovelas magazine, the property could not be sold because it was very demanding. 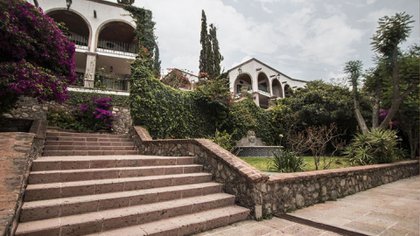 “Yes (it is for sale), but it has been difficult to find someone who wants to invest in a place as large and demanding as this; the pandemic also delayed everything and for the moment we wanted to keep running until someone really interested in buying arrives, “ Manuel Fonseca, who manages the hotel, told the publication.

According to information provided to the magazine by a local real estate company, the property is for sale for 81 million pesos. However, the current owner of the hotel assured that more than money, he is interested in the next owner of the estate preserving the memory of the famous mime.

“More than an economic figure, what matters to us is that they be a person interested in preserving the memory of the place because we all feel a commitment to take care of everything that is here, because they are part of the house, of Cantinflas’s life of the history of San Miguel de Allende ”, he assured”. 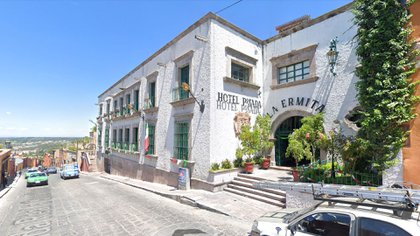 In ruins: Cantinflas’s house in Acapulco

Another property of the famous actor that recently caused a stir was the house he had in Acapulco, located in the Las Playas neighborhood. And it is that at the beginning of 2021, a couple of Instagram users managed to enter the construction, just to show what was left of the house that the “mime from Mexico” acquired in the 1950s.

The young people named Rolando Astudillo and Luis Mojica shared on their Instagram profiles that they entered the house of the remembered comedian Mario Moreno Cantinflas, located in the Las Playas neighborhood.

The Instagrammers showed aspects of it, being the most noticed a huge figure of the comic to the foot of the bay, statue still retains its colors but other details of the house located in the most emblematic port of Guerrero look damaged.

In the property that looks completely abandoned, with the help of a drone that the young people had, you can see the impressive view of the sea and some paintings on the walls that are preserved to date, such as murals of various fish and some figures of mermaids and other mythological characters.

On their way, the intrepid Instagramers toured the roofless part of the house, and although they could not fully enter the rooms, they did manage to “take a dip” in one of the two abandoned pools at the edge of the sea and at the foot of the giant figure of the emblematic comic from the golden age of national cinema. It is unknown so far how these young people were able to access the property.