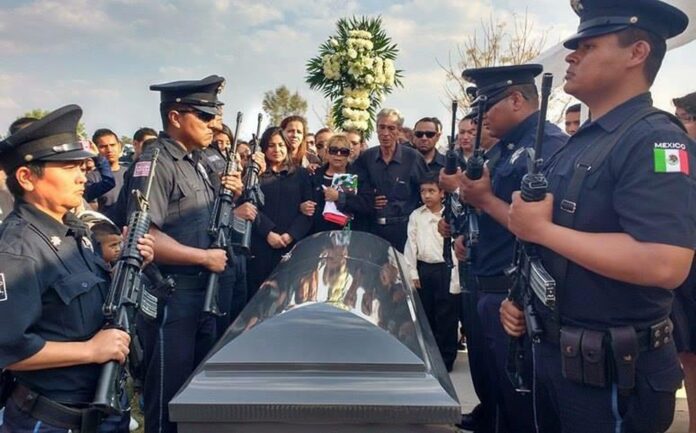 Leon, Gto. For the fourth consecutive year, Guanajuato is shaping up to be the most violent state for security elements, adding 28 victims so far in 2021.

The organization Causa en Común has documented from 2018 to date, the murder of the security elements of the three levels of government and the trend for Guanajuato is on the rise, according to Erick Guzmán González, a researcher for the organization.

In the country the organization has registered 149 security elements killed in Mexico until the end of April; of these, Guanajuato (28), State of Mexico (23), Chihuahua (13), Veracruz (12) and Zacatecas (12).

The last registered case was that of the León municipal police officer, Paulo Sergio Silva Pérez, on the night of May 5 in the Saucillo de La Joya neighborhood.

According to the reports, the element went to the place to attend attacks due to family violence. At the scene, they shot him with a firearm, after he tried to drive a man away from his partner on Dueñas street on the corner of Cigales.

The element was transferred with serious injuries to a clinic located in the west of León. However, he died receiving medical attention.

The day before, on May 4, an officer of the State Public Security Forces was assassinated in Uriangato in a persecution. In the operation, one of the assailants was killed and another was arrested.

“They work in conditions of extreme danger, in strenuous hours and that includes efficient work for the police. In addition to this, we also find an abandonment by society and a rejection of the security forces. It is discrimination because many do not feel safe from the elements ”.

Masters of footwear in Mexico