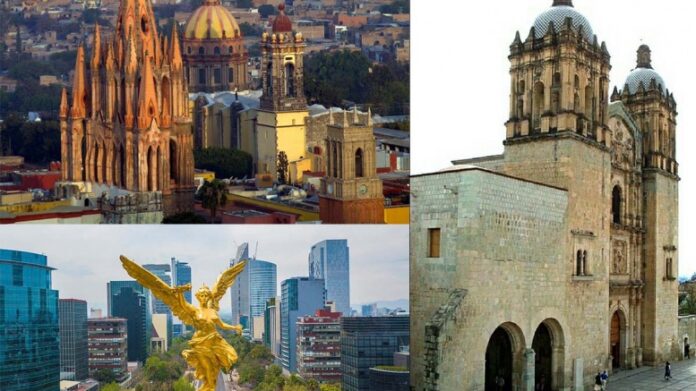 According to the list of 25 best cities in the world  “World’s Best Awards” magazine Travel + Leisure, three places in Mexico appear in the top 10 destinations to visit.

Every year the results of the World’s Best Awards list are published, in which different categories are reviewed, in the section of the best cities in the world, three iconic sites in Mexico were placed among the first 10 positions. Among the elements that are taken into account when rating cities are: the culture of the place, the gastronomic offer, hospitality, the number of places of interest and monuments. The reviews of visitors who have traveled to these destinations are also considered.

The cities of Mexico that appeared in the ranking are: San Miguel de Allende, in the first place, Mexico City in seventh place, and Oaxaca in eighth.

San Miguel Allende the best city in the world

According to the awards from Travel + Leisure magazine, San Miguel Allende is positioned as the number 1 destination in the world. This is due to its beautiful colonial architecture, its gastronomy and the growth it has had in recent years. The Baroque-style Cathedral and its streets full of shops, restaurants with all kinds of cuisines and nightlife make it the jewel in the crown.

Above important capitals such as Rome or Tokyo, Mexico City conquered seventh place on the list due to its cosmopolitan and folkloric atmosphere. In addition, it is one of the cities with the most international and local gastronomic offer. The capital offers a wide variety of sidewalk snacks such as tacos de canasta, suadero, and pastor, as well as first-rate restaurants.

It is one of the states with the most gastronomic wealth, to the point that it has been named as an Intangible Heritage of Humanity by UNESCO. In this city, you can find mole, tlayudas, tamales, mezcal, among many other dishes. If you want to know about the other cities that make up the list, here we give you the ranking of the 25 best cities in the world according to this publication: