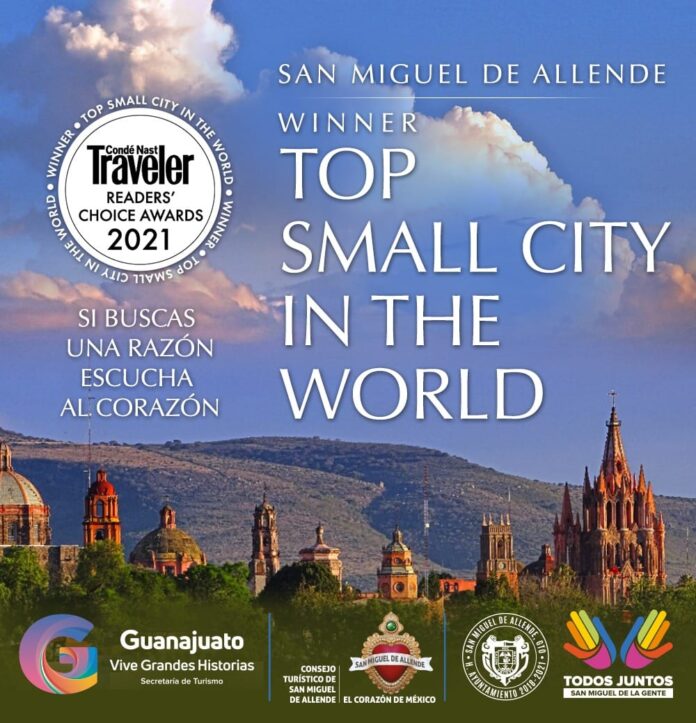 Each year, readers weigh in on their favorite international cities, big and small, and it’s always exciting to witness which trending locales can rise to the top and compete with the old stalwarts. As the world has begun to reopen, the results of our 34th annual Readers’ Choice Awards survey reflect the kinds of places you longed to visit when you couldn’t travel and the ones you returned to first once you could. Over 800,000 of you filled out our survey, and while we’re always curious about where you’ve been and where you’re going, we’re especially excited to learn about the truly memorable cities that sparked your imagination and stayed with you when your next trip seemed out of reach. Here are the cities you loved most this year.

From historical sites to local art, signature dishes to sun-washed beaches, there’s something for everyone among these small international cities.

The government of the state of Guanajuato announced that the municipality of San Miguel de Allende won the “World´s Best Awards” as Best Small City 2021.

Through a statement, the state agency highlighted that for the third time TravelLeisure magazine delivers this award to San Miguel de Allende.

What does the government say about the award?

The governor of the state of Guanajuato, Diego Sinhue Rodríguez Vallejos pointed out “it is a pride as Guanajuato to know that we have the best city to visit in the world and that Guanajuato continues to move forward, promoting what we have, what we are and what we have built together.”

Rodriguez Vallejo recognized that obtaining this award is the result of the effort, work, dedication, and vision of each of the inhabitants of San Miguel de Allende.

“World´s Best Awards” for big cities in Mexico at number 6 was given to Merida, Yucatan

The streets of Mérida are bursting with the colorful facades of Spanish colonial architecture, but the capital of Mexico’s Yucatan state is also steeped in Mayan history. Centrally located on the Yucatan Peninsula, the city is an easy day trip to UNESCO World Heritage sites, such as the ancient cities of Uxmal and Chichen Itza, and the beaches on the Gulf shore in Progreso. Locals recommend visiting Fundación de Artistas, a nonprofit featuring art exhibits in a 19th-century home; Gran Museo del Mundo Maya, a modern cultural museum; and the traditional Yucatecan food at the super casual Manjar Blanco.