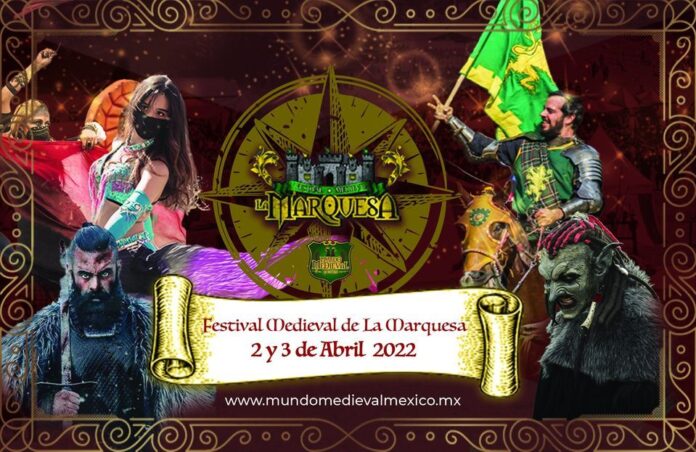 Medieval battles, Vikings, and even orcs will visit the Marquesa forest

On April 2 and 3 we will be able to enjoy the tenth edition of the Medieval Festival, cataloged as the largest of its kind in Mexico and Latin America. The wooded area of ​​the Marquesa, in particular the Valley of Silence, will be the venue for various activities and shows.

The Middle Ages in Europe covered an extensive period of time that went from the 5th century to the end of the 15th. Starting with the fall of the Roman Empire until what is known as the Renaissance, it was a time that many classify as stagnation due to wars, diseases, famines, and the conflicts that this type of problem originated. And although it is true that superstition and science were suppressed and even punished, some cultural traits are rescued and remembered for their historical impact.

The Medieval Festival is divided into kingdoms. In the Medieval Kingdom, we will be able to enjoy jousting on horseback, Scottish battle, a medieval village, listening to medieval folk music, a historical combat tournament like the ones we see in the movies, bird shows, games, and medieval dance and archery. Another of the great kingdoms will be the Viking, with battles, Nordic music and the recreation of a Viking funeral.

The Kingdom of Fantasy will be the ideal space for those fans of fairy tales where there will be dances of witches, orcs, fire shows, and Celtic music. The fourth and last kingdom is the Arab Kingdom with Sephardic and tribal dance, Moorish combat, and fire juggling.

In the event you will be able to camp (with an extra cost to the simple entrance); In addition to enjoying other amenities and services such as a tavern with craft drinks (including beer), gastronomic area, restrooms and you can also bring your pet because it is a pet friendly and 100 percent family event. In the market area, you will have the opportunity to buy products of the time and travel back in time.

The Marquesa area is known for its trails and large green spaces to live with the family. A unique experience of its kind awaits you that you can enjoy within the wooded area very close to CDMX and the State of Mexico. Tickets can be purchased on its official website and official Facebook page. Fairy tales will come to life here! As a footnote, always remember to follow the health protocols.

Discover the magic of each kingdom and enjoy this wonderful experience, a journey through time, where fairy tales come to life.

Single ticket) Ticket for 1 person for 1 day of the festival  (without camp) cost: $300 pesos.

Ticket for children from 4 to 13 years old:

(Children under 3 years old do not pay admission)

There will be ticket sales at the box office .

DON’T Move to Mexico Before Watching This Video