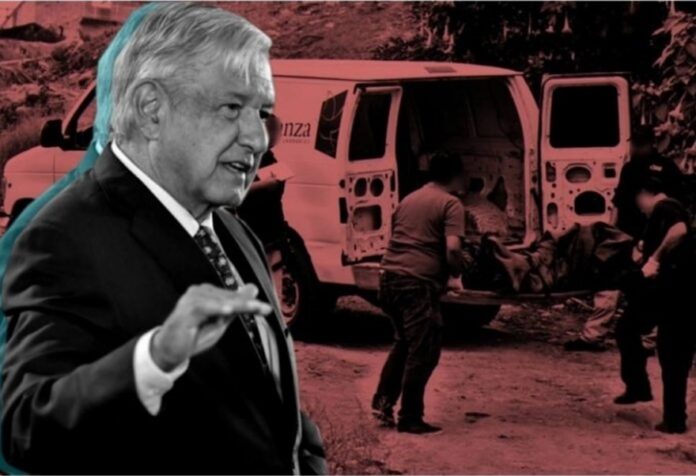 42 months after the beginning of the administration of President López Obrador, TResearch reports that Mexico exceeds 120 thousand intentional homicides; figures exceed past administrations in the same period

This was shown by the updated TResearch report, which collects the daily figures provided by the Ministry of Security and Citizen Protection (SSPC), with which it was established that until May 11, 120 thousand 42 homicides have been committed since December 1 of 2018.

It should be remembered that the first day of May was the most violent of this 2022 and the fourth of the six-year term, reporting 112 murders; Meanwhile, so far this month there are already 910 deaths.

The report also shows that the current figure is 60 percent higher than the figure recorded in the same period of the six-year term of PRI member Enrique Peña Nieto, during which 74,737 were committed.

The more than 120 thousand deaths also already exceed the 36 thousand 433 reported in the same 42 months of the government of  Carlos Salinas de Gortari; 50 thousand 711, during that of Ernesto Zedillo; 46,167 for Vicente Fox, and 53,319 for Felipe Calderón.

The blue and white senator pointed out that “violence is completely out of control in this country”: he assured that AMLO must change the Public Security strategy.

The senator of the PAN, Damián Zepeda Vidales, demanded that the federal government address insecurity in Mexico and put a stop to the distractors since in three and a half years of the government of Andrés Manuel López Obrador, the 120 thousand intentional homicides of the six-year term of Felipe Calderon.

“The violence is completely out of control in this country, this weekend in a single day there were 112 intentional homicides. If you take and add up all the time López Obrador has been there, he has more than 120,000 intentional homicides, that is, violent deaths by organized crime, and the President, well, with pure distractions. It is urgent to address the problem of insecurity! ”, He asserted.

The PAN member pointed out that both the electoral reform and other issues on the table can be reviewed and debated, but “what is important, what is urgent is that Mexican families can have peace. Unfortunately, look again at Michoacán, Acapulco, and all of Guerrero, what happened to the student in Guanajuato; in Colima, they assassinated a local deputy, in Sonora, Sinaloa… it is out of control”.

The PAN legislator again criticized the report of the Public Security Strategy delivered to the Senate of the Republic since he pointed out, it lacks results.

“What good is the more than 113,000 members of the National Guard if they are not going to guarantee peace to Mexicans?” he questioned.

“It is urgent to change the security strategy now, fight organized crime, not agree with them, not turn a blind eye, dismantle it with intelligence and financial intelligence; We need to address the day-to-day problem of the Mexican cities with the strengthening of state and municipal police, more technology, modernization, in short, guaranteeing peace to Mexicans, ”he stressed.

He recalled that President López Obrador promised to change the country for Mexicans, but instead he has only shown that “he is obsessed with the past, but you know what? What you have of intentional homicides is already more than all those that occurred in Calderón’s six-year term with a declaration of a drug war” which AMLo criticized

He asked President López Obrador to resolve the problem and for the Secretary of Public Security to appear before the plenary session of the Senate of the Republic.

“President, don’t you drop your face in shame? Let’s solve this problem but already! ”, he concluded.