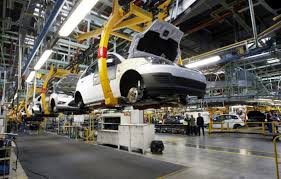 Puebla, Puebla. Almost four years after the Automotive Cluster of the Central Zone (Clauz) was integrated, made up of Puebla and Tlaxcala, which currently has 60 companies including Volkswagen and Audi, the mapping is ready to identify companies that seek to scale in the level of supply, as well as attracting more investments for specific links in that chain.

Mónica Doger Ramírez, general director of the organization, explained that one of the objectives is to detect companies with opportunities to innovate and support them in training courses to have a more qualified workforce, which response to the plans to consolidate Industry 4.0 in this sector.

She stated that the mapping includes 80 suppliers, among which they seek to detect strengths and weaknesses to create mechanisms that help their growth, some of which are based on improving distribution channels, among other needs.

She also indicated that the diagnosis will allow buyers to have up-to-date information on the supply chain in the region in order to make consumption locally and thereby reduce component imports.

“The cluster wants to help companies have better technical-human development and be more competitive in value chains, betting on their scaling,” she continued.

Doger Ramírez indicated that by being unionized, the companies have lowered their training costs by up to 50% and this is seen as consolidated purchases that are reflected in having more competent personnel in the short term when there is a need for growth in operations.

On the other hand, he said that the medium-term objective is to have more suppliers in strategic processes for the state that contribute to reducing imports of components demanded by the assemblers, which in the case of Puebla are Volkswagen de México and Audi.

Despite the circumstances due to the Covid-19 pandemic, Doger Ramírez stressed that the Volkswagen and Audi manufacturers, as well as their supply chain, have been recovering production because international markets are also doing so and that is very positive.

She added that through DUAL training, a German model to generate personnel with technical studies and preparation, results have been obtained in quality workmanship.

In the cluster, in addition to the participation of the governments of Puebla and Tlaxcala, there are also the Ibero-American University, the Popular Autonomous University of the State of Puebla, the Bilingual, International and Sustainable Technological University, Canacintra, as well as the companies Allgaier, Benteler, Brose, Concorde Group, EDAG, Frimo, Industrias Norm, Proquipusa, Rassini, TIM and Unicar Plastics, among others.