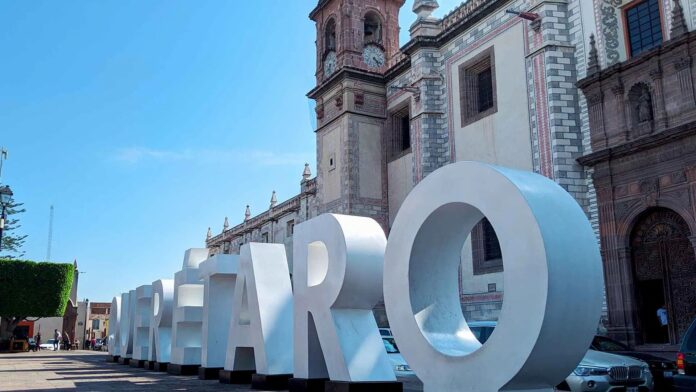 Querétaro, Qro. Restaurants and canteens in Querétaro experienced a recovery in sales at the end of February 2021.

The flexibility of schedules during scenario B had an impact on restaurants increasing their sales between 30 and 35% compared to scenario C, which was in force until February 14 – implying more limitations in hours and opening -, explained the president of the National Chamber of the Restaurant and Seasoned Food Industry (Canirac) in the state, Octavio Mata Rivera.

The increase in commercialization means reporting an average of 45% of the sales registered prior to the health contingency by Covid-19.

The increase in revenues, although still below the pre-pandemic level, is positive for driving the recovery of business.

The state leader of Canirac added that if the state had continued in scenario C, several other economic units would have been lost.

“We have done well, the authority and the State Health Technical Committee realize compliance with the regulations. (Scenario B) helps to have a respite, an increase of 30 to 35% in sales (…) It helps us to operate in a better way. But in scenario C, a lot of business can be lost, “he said.

After almost 11 months of closures, the cantinas –which resumed activities since February 15– report a 45% recovery in sales, compared to pre-pandemic indicators, explained the president of the Association of Traditional Canteens, Pulquerías and Bares de Querétaro , Daniel Pérez Murillo.

Of the more than 3,000 jobs provided by this sector, only 50% have been restored, due to operational and sanitary limitations to fully resume activities.

“We were closed for almost a year, the most we can do is take things in a better way and abide by all the provisions, because the least we want is another closure,” stated Mata Rivera.
Schedules

The businessman asked the health authorities to study extending the closing hours by two hours, from 10:00 p.m. to 12:00 p.m.

During scenario B – in force at least until March 14 – nightclubs, casinos, cantinas, and bars close at 10 pm, with 30% maximum occupancy, and must adhere to the schedule for the sale of alcoholic beverages.

While restaurants and/or cafes, including restaurants in vineyards, close until 10:00 p.m. from Monday to Saturday, with 50% occupancy, and on Sundays until 6:00 p.m.