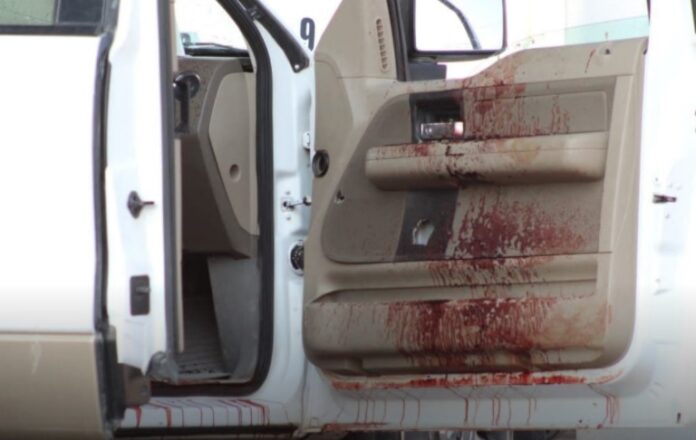 Guanajuato, Mexico (April 18, 2021).- 14 hours passed and at least 19 people have lost their lives and two more were injured in violent events that occurred in nine municipalities across the state, between the afternoon of Friday and the morning of Saturday.

Between confrontations with police corporations, attacks, and direct executions, the violent balance increased again in Guanajuato.

This state had registered a slight reduction in intentional homicides in the first quarter of 2021, after its all-time high of 4,490 murdered victims in 2020.

According to the Executive Secretariat of the National Public Security System (Sesnsp), 335 victims were registered in January and 256 in February. Data for March will be released on April 20.

This latest wave of violence began on Friday in Salvatierra, where a man between 40 and 45 years of age was executed when he was walking on Manuel Doblado Street, just behind the temple of the El Sabino community, at approximately 6 in the afternoon.

In Apaseo el Grande around 7 p.m. on April 16, six armed civilians were killed by Criminal Investigation Agents (AIC) of the State Attorney General’s Office (FGE), when they were preparing to search a home in the community of Obrajuelo.

According to the information released so far, the agents repelled the aggression of the group of alleged hitmen, leading to the confrontation and subsequent persecution that extended to the Toyota automotive plant.

The confrontations did not stop there. Approximately three hours later, in Pénjamo, an eight-year-old minor was seriously injured when the car in which he was traveling with his family was attacked by gunshots by subjects traveling aboard a van.

In this case, the alleged perpetrators were arrested in the Sierra de Pénjamo, on the road that leads to the town of La Aceituna.

One hour later, in Irapuato, a man was executed in the 24 de Diciembre neighborhood inside a brickyard. The crime arose in the midst of various reports of firearm detonations in different parts of the city, mainly in the Colonia Villas de San Cayetano de Luna.

And in the early hours of Saturday, April 17th, the murder streak continued.

At approximately 1 am, in Celaya a young man was murdered in the Fovissste neighborhood. The residents of the area reported the fact, as the victim ran for help, however, his perpetrators caught up with him and murdered him on Francisco López de Gomara Street between García Cubas and Tezozomoc.

Two hours later the hostilities returned to Pénjamo because around 3 in the morning a confrontation that left a civilian dead and a detainee when armed men tried to ambush a Municipal Police patrol car.

The event triggered a persecution that lasted for more than 25 kilometers, starting from the downtown area of ​​the city.

During the same morning, another massacre was reported in San Luis de la Paz. According to the first reports, five men were executed inside a home located in the La Huerta community.

Although the victims of this event have not been identified, it was indicated that their ages range between 25 and 35 years.

At 5 in the morning, the reports of violence continued in the municipality of Acámbaro, as the merchants of the Hidalgo Market, located in the downtown area, reported two corpses abandoned right in front of the commercial area.

The last two events were reported in the following three hours, because in Abasolo a transporter was killed in the truck he was driving, near the Los Pinos neighborhood. According to unofficial sources, the crime was derived from an attempted assault.

Finally, in the city of León , murder number 33 was registered so far this month, as passers-by found the body of a woman who showed signs of violence , in a vacant lot located on the borders of the San Marcos and Ciudad Satélite colonies. .

With these events, the month of April would be adding about 200 victims so far this month, taking into account the daily reports of intentional homicides generated by the interdisciplinary group of the Ministry of Security and Citizen Protection (SSPC).

These data must be confirmed before the Executive Secretariat of the National Public Security System.