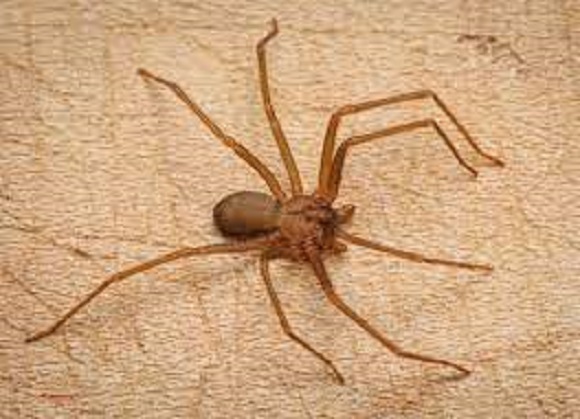 On June 10, “Violinist Spider” bit a man on the right arm and he died the next day.

A Violinist spider bit a 50-year-old man who died due to the bite of the arachnid in the municipality of Salvatierra, Guanajuato; the poison damaged his tissues, kidneys, lungs, and heart.

The Health Jurisdiction of the region pointed out that the man’s health was aggravated by the late attention since he entered the civil hospital of Salvatierra one day after being bitten.

Erika Andeliain, daughter of the patient attacked by the violinist spider, shared in her networks details of what happened to her father, she assured that the wound was not treated because it was not the first time that he faced a situation like this.

The next day, said the young woman, the man began with swelling in hands and at night it worsened, the infection from the bite of the violinist spider caused him to have necrosis.

Later, on Friday morning, Erika’s father purged blood and pus from his entire hand, they even told him at the hospital that he would lose his hand, 20 minutes later the medical staff declared that the patient’s situation was serious and it was necessary to intubate him.

The young woman recommended being careful not to minimize cases like this, as well as to clean and shake any corner of the house” to avoid encounters with Violinist Spiders.”

Likewise, the State Secretariat of Health recommended going immediately to the hospital in case of a violinist spider bite, since it is one of the most dangerous and lethal insects.

The fiddler spider is brown or gray in color with a violin-shaped mark on its back. By injecting its venom, it causes loxoscelism, a toxic condition which symptoms are: nausea, vomiting, abdominal distension, headache, fever, respiratory distress, and myalgia.