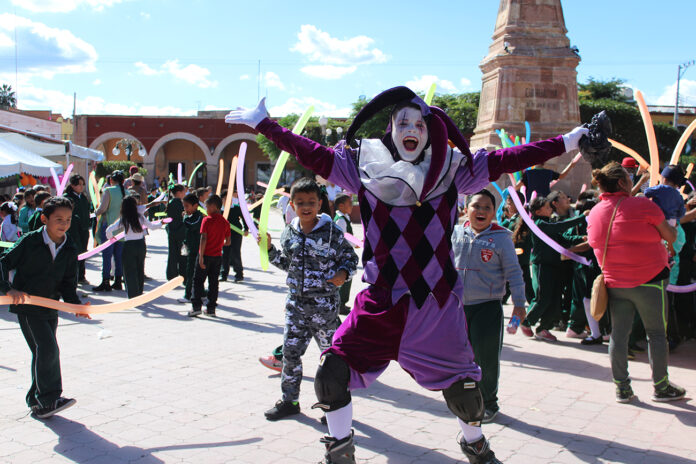 Guanajuato. – In order to promote the development of the performing arts in the circus field in the entity, the State Institute of Culture launches two calls: Nuevo Circo Guanajuato and The circus actor.

The Nuevo Circo project in Guanajuato shows that marked the current history of the contemporary circus will be analyzed and practices will be reviewed through creative training and exercises in public space. The winners will participate in the two modules, which will be installed in the capital Guanajuato from August 12 to 14.

The second is titled the circus actor, a creative figure taught by Roberto Magro assisted by Netty Radvanyi, which will run from August 15 to 17.

The requirements are: to be circus or street artists with a minimum of 2 years of proven experience and with an interest in contemporary creation. In addition, it is necessary to present an audiovisual material of at least 3 minutes showing your artistic work, among other requirements that can be consulted on the IEC platforms.

This call will be in force as of its publication and until 8:00 p.m. on Monday, August 2. On August 6, the results will be published through cultura.guanajuato.gob.mx and on the IEC’s social networks.

The second call is part of the project called Have you seen the Pacific? in which artists are invited to participate in three workshops that will be taught in person.

The first workshop Have you seen the Pacific? explore texture in stage costume instructed by Jerildy Bosch from August 2-6. In the second of these workshops, lighting will be worked as a dramatic language taught by Tania Rodríguez from September 20 to 24.

Finally, the last workshop under the name of creating projects from the first idea to the stage, given by Andrea Salmerón Sanginés, will be held from Tuesday, September 21 to October 19.

For those interested, they can consult the bases at   http://bit.ly/con21tpaci . With this type of project, the State Institute of Culture continues to support the entity’s creative artists.