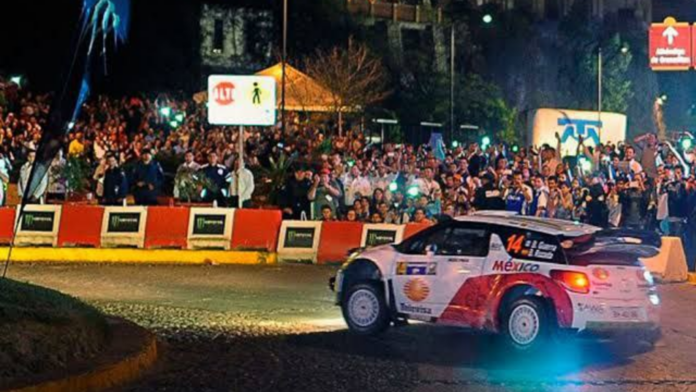 All set for the 2021 FIA NACAM Rally Guanajuato

Guanajuato capital will host one of the most important motorsport events

They closed the streets since noon yesterday.

Although preparations began a few days ago this Friday morning, the final adjustments were made so that international and national pilots can devour the asphalt and cobblestones during the urban phase of the contest.

At the Unesco roundabout, one of the busiest points due to the drifting provided by the pilots to contribute to an unparalleled show, containments were placed to avoid accidents

Similarly, a few meters later, on Miguel Hidalgo avenue, the dirt ramp that promises a great show has already been placed, compared to the one of metal structures placed in 2019, which was dismantled and spoiled the “jump”.

The tents that will house the food and drink stalls are also installed, where attendees can enjoy the full-motor tours during the afternoon of this Friday.

The main streets of the city, where the route of the race is traced, were closed from 12:00 noon. The roads that make up the circuit are Miguel Hidalgo, Banqueta Alta, Rampa Manuel Leal, Calle Insurgencia and 28 de Septiembre.

With no rain forecast and with everything ready, we just have to wait for the initial flag to be beaten at 8:00 at night, for the engines to roar and for the car party to start.

Guanajuato 2021 Rally begins , and one of the searches carried out by the fans of this sporting event is on the itinerary and the maps

UN1ÓN Guanajuato presents the itinerary and maps of the 2021 Guanajuato Rally and all the details about this document.

The Rally itinerary is made up of the stages and schedules of August 13, 14 and 15.

The ceremonial start will be on August 13 at 7:58 p.m. in the Alhóndiga de Granaditas, as well as the start of the first timed section on the underground to the Brinco de los Pastitos.

While on August 14 and 15, the riders will race 150 kilometers in the mountains, in the areas of Chichimequillas, San Diego, El Chocolate, Alfaro, Derramadero, El Brinco and the new stage called Dunas de León.

For the first time, the service area of ​​the pilots and awards will be in Parque Guanajuato Bicentenario located in the municipality of Silao.

The goal will be in the Guanajuato Bicentennial Park at 12:28 pm.

Meanwhile, the maps correspond to the three days of competition.

This Rally will be held in hybrid format from August 13 to 15.

This format was designed according to the “possibilities of traffic lights and being in close contact with the health authorities.”

The venues for the FIA ​​NACAM Rally will be Guanajuato Capital and Silao .

Where can the Rally be seen?

This sporting event will have national and international coverage with Fox Sports, TV4, via the internet and social networks of FIA NACAM.