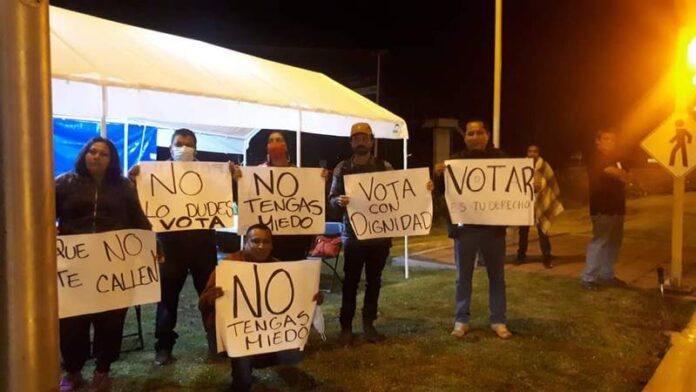 The voting was supervised by the Government, the International Labor Organization (ILO), as well as by the National Electoral Institute.

The vote of the workers of the General Motors plant in Silao, where a new collective contract will be legitimized, closed this Wednesday at 10 p.m. The results of the vote will be announced on Thursday.

In this way, the most observed union process in recent history ended, and it must respond to a remediation agreement established between the governments of the United States and Mexico within the framework of the USMCA.

The vote was supervised by the Government, the International Labor Organization (ILO), as well as by the National Electoral Institute (INE).

The members of Generando Movimiento of General Motors were confident that the results of the consultation will be positive in the sense of removing the ownership of the Collective Labor Contract of GM from Silao to the union “Miguel Trujillo Gómez” led by Tereso Medina and that is affiliated with the Confederación de Trabajadores de México (CTM).

Former company employees reported that they conducted a survey with active colleagues and pointed out that the majority had decided to vote NO, which would imply that the CTM would be leaving the union position at the General Motors plant in Silao.

The consultation with the 6 thousand 494 unionized workers of the American company General Motors Silao, was carried out on Tuesday 17 and concluded this Wednesday, August 18 at 10 at night.

Towards the close of the voting day, versions circulated that the “Miguel Trujillo Gómez” union, who owns the GM Silao Collective Contract, would seek to bust the result of the labor consultation if it was not favorable.

On Tuesday, Héctor de la Cueva, research coordinator of the Center for Labor Research and Trade Union Advice (CILAS), warned that despite the presence of observers in the new process for the legitimation of the Collective Labor Agreement (CCT) in the plant of General Motors there are people who are scaring workers and pressuring them to guide their vote, he said

He denounced that members of the Miguel Trujillo union of the CTM intimidated the employees by telling them that if they vote “No” to the CCT, the automaker will take their plant, and that they have even offered money to buy the “Yes” vote.

This vote came after, as part of the USMCA agreements, the United States Government formally asked Mexico to review a possible violation of the labor rights of the workers of the aforementioned plant.