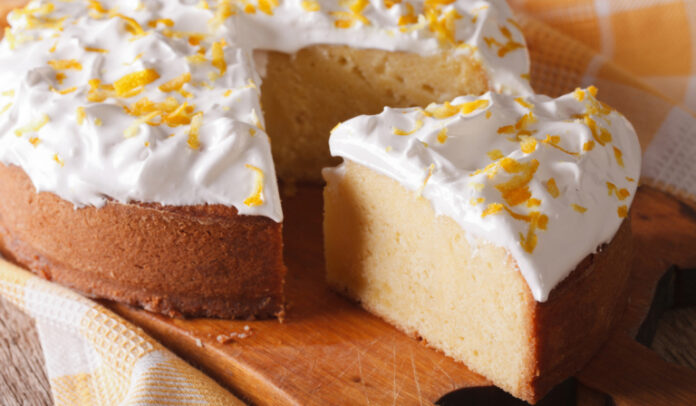 Led a fun tour this week with a couple that had seven boys in as many years that today were all between the ages of 14 and 21.  A well-raised lot as all were interested in the town and had many questions though I had to keep my eye on the curly-haired one.  He had already learned curly hair and a smattering of charm provided opportunities his straight haired brothers lacked.

Turns out one of the lads was having a birthday and his brother, Curly, pulled me aside to find out where to find the best Tres Leches cake in town.  Of course, I referred him to my neighbor’s bakery with four branches around town, TrinFern, while I simultaneously wondered about the wild appeal of Mexican Tres Leches cakes.

Tres Leches cake has a troubled history on a par with buñuelos, with many cultures and nations anxious to lay claim to the popular dessert.

Tres Leches originated in England in the Middle Ages categorized as a trifle cake. Soaking a cake was, and is still, an easy way to repurpose old or stale cakes and cookies so nothing is wasted. Other bakers feel the cake originated in Italy as a variation of tiramisu, another cake soaked in heavy cream and sugar.

The cake arrived in Nicaragua when the east coast was an English colony between 1633 to 1860.  The recipe quickly traveled north to Mexico cementing the public perception of Tres Leches being a desert offered today in every Mexican bakery and restaurant world-wide.

The air bubbles in a Tres Leches sponge cake keeps it from being mushy as each layer is steeped in three milks: evaporated, condensed, and heavy cream or whole milk.

Nestle’s factories in Mexico pushed the cake by including a recipe for Tres Leches cake printed on the outside of every can of evaporated milk, condensed milk and cream produced during World War Two.

Aside:  Condensed milk first came into use in the mid-1850s as a way to preserve milk in cans, without refrigeration.  Evaporated milk became available during the 1870s as milk companies heated the evaporated milk so that it would not spoil in the cans, making the sugar unnecessary.  They both became an immediate success in urban areas where fresh milk was difficult to distribute and store.

The end result of this soaking is a wonderful milk-based cake being the centerpiece of any fiesta.

Variations on the Tres Leches cake abound as milk is a neutral flavor that readily accepts options to mix in including rum, caramel, nuts, fruits, coconut, Kahlua, brandy and pecan or peach schnapps.  The cake is topped with meringue, marshmallow fluff, Chambord, Frangelico and/or white chocolate.

Being a lad from Hershey, PA, I’m baffled a non-cocoa dessert has reached such heights!

Tres Leches cakes are made today across the globe including Brazil, Canada, Turkey and Albania where their cakes feature milk from cows, goats and water buffalos!

Hurricane Rick hits the state of Guanajuato with cold, rain, and heavy hail