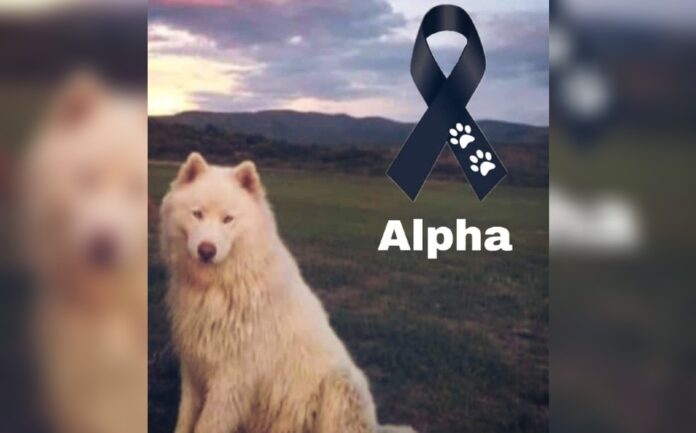 Miguel “N” hanged Alpha with a metal object, causing hypoxia and hypovolemic shock, as well as being placed on a train track to be run over.

Miguel “N ”, identified as the person responsible for depriving Alpha, a Husky dog in the municipality of San Miguel de Allende, was linked to a virtual hearing process.

In the opinion presented by the lawyer of the dog’s owners, it was specified that the dog’s cause of death was by hanging with a metal object, causing hypoxia and hypovolemic shock, in addition to the fact that after his death he was cut off by the train.

Due to the alleged deprivation of the life of a vertebrate animal and based on the evidence presented, a judge determined the connection to the process against the accused; it will be in the coming weeks that the evidence will be presented to dictate a sentence.

It was through social networks that the case of Alpha was made known, after the dog’s owners published an image of the mound where they detailed how after a walk along the pier of the Presa Allende, a house was found without a fence and where there were also several animals including a goose whom Alpha followed and caused injuries.

After this, Miguel Ángel, who owned the bird, was upset and asked the dog’s owners that as punishment they would leave it for a day, while he thought about how they could repair the damage. Although the Husky’s owners offered to pay for the damages, they were unable to convince him.

It was the next day that the animal appeared mangled on the train tracks, and according to accounts from neighbors who witnessed the scene, Miguel tied the animal so that the train would kill it

He is also accused of killing other dogs kova, carol, princesa, and maito

Hurricane Rick hits the state of Guanajuato with cold, rain, and heavy hail

Due to violence, Canadians asks not to travel on stretches of highways in Guanajuato