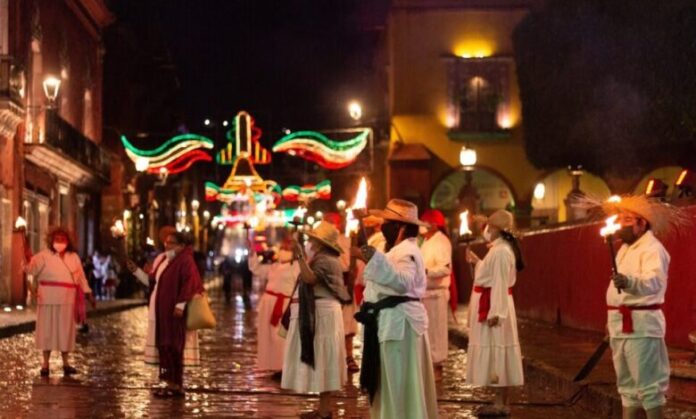 San Miguel de Allende, Guanajuato, joins the IberCultura Viva Network of Cities and Local Governments, with the purpose of supporting the local culture of the original peoples of the municipality, reported IberCultura Viva, an intergovernmental cooperation program chaired by Mexico, through the Federal Ministry of Culture.

It should be remembered that IberCultura Viva is made up of 11 Latin American countries, Argentina, Brazil, Chile, Colombia, Costa Rica, El Salvador, Ecuador, Spain, Mexico, Peru, and Uruguay, which aim to strengthen and make visible the cultural diversity of the region, through the implementation of public policies and the development of community-based cultural actions.

For its part, the IberCultura Viva Network of Cities and Local Governments is an initiative of articulation between the governmental institutions of the member countries, since they are the ones who work closely with native, indigenous, and Afro-descendant peoples, as well as with community cultural organizations. .

The incorporation to this Network by the municipality of San Miguel de Allende was carried out due to the efforts of the then interim municipal president, Jesús Gonzalo González Rodríguez, who sent the request to join the Intergovernmental Council of IberCultura Viva, whose presidency, represented by the general director of Cultural Linkage, in the Federal Ministry of Culture, Esther Hernández Torres, approved her affiliation.

From this integration, the municipal presidency of San Miguel de Allende, through its Directorate of Cultures and Traditions, undertakes to present, over the course of 12 months, a strategic plan on the development of community-based cultural policies in their localities and, in addition, propose the realization of, at least, two activities in the hands of IberCultura Viva.

With the accession of San Miguel de Allende, Guanajuato, Mexico adds six representatives within the Network. The other five are Tabasco, a state that joined last month; the municipalities of Xalapa and Jojutla that were incorporated during May of this year; and San Luís Potosí and Zapopan that joined this initiative in 2019.

Through actions like this, the Ministry of Culture participates in strategic alliances aimed at strengthening and making the cultural diversity of Mexico visible.