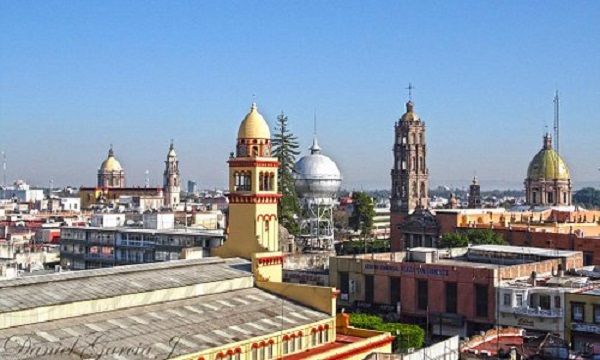 One of the great powerhouses of logistics in the near future will be Celaya; which will develop the intermodal port to which more than 650 million pesos have been allocated for its construction.

If we talk about the Bajío we have to mention Celaya, an indisputable protagonist of the economic development of the region. Not only because of the global companies that have established themselves in this city but also because of the great businessmen and women from Celayo who have been a fundamental pillar in the impulse and strategy of Guanajuato and Mexico for the world.

The great secret of Celaya is that it has diversified its industry, it has not concentrated on just one which makes it have a special dynamism, and the people of Celaya have a master’s degree in development. Celaya draws an industrial diversity in pharmaceuticals, agribusiness, automotive, electrical appliances, cardboard, power generators, steel, chemicals, and food processors.

Taking as a starting point the crisis derived from the pandemic, companies and businesses have had to carry out new and different practices in order to strengthen the supply chains that lead them to survive, adapt and recover from the blow that COVID brought to the world.

A great impact for the industries was to run into the reality that the production chains were not so easy to adapt after the great changes in the demand for goods and services, and in the same way, mobility and logistics had their limitations. to speed up delivery times and it is precisely this opportunity that the country should take advantage of attracting businesses and industries that enhance and turn these conflicts into opportunities to lead it to greater development. Actually,  Mexico has the power to make the United States more competitive and to boost Mexico’s economy.

And the fact is that the Bajío, due to its geographical location, has great potential. And one of the great powers of logistics in the near future will be  Celaya; which will develop the intermodal port to which more than 650 million pesos have been allocated for its construction. This project will give Guanajuato economic strength and an international boost that will generate investment, starting with more than 1,500 direct jobs and easily double indirectly.

More than 40 hectares will host the maneuvering and overlapping yards for goods and containers that will drive this great city to compete internationally. Since Celaya has the most important intersection of roads and highways in the north-south and east-west of the country. The articulation with the ports of Manzanillo and Lázaro Cárdenas will be a trigger to make the goods that will be connected to the border more efficient.

In addition to adding another sector such as logistics, advanced infrastructure for the issue of fertilizers, grains and frozen foods is also being considered, which require a controlled atmosphere that works in a specialized way and opens the market to different industries in Celaya.

The structural changes in the city that will be unleashed by the intermodal port project that will boost the economy of Celaya and Bajío, the Vision Celaya 2030 project also includes the Ferroférico, which will seek to divert the city’s train tracks in order to avoid risks, traffic, delays and more than that to improve the quality of life of the population and have greater control over safety.

Another of the works that have been added to the planning is the linear park “Las Vías” (Bajío Logistics Port) in which the unoccupied areas by the railroad tracks will be used to generate a space for social recreation that will provide a solution to the Urban mobility.

The so-called Ferroférico, has an advance of 85% and estimates to open in two years, being a project that will detonate the movement of goods in the country, since it is the crossroads between different origins and destinations in charge of Ferromex and KCSM, which represent approximately 45 % of the total volume of cargo throughout the country.

This is how Celaya is shaping up in the near future to become the logistics center of Mexico, being one of the areas that will have the greatest attraction for investment and project development in Latin America.