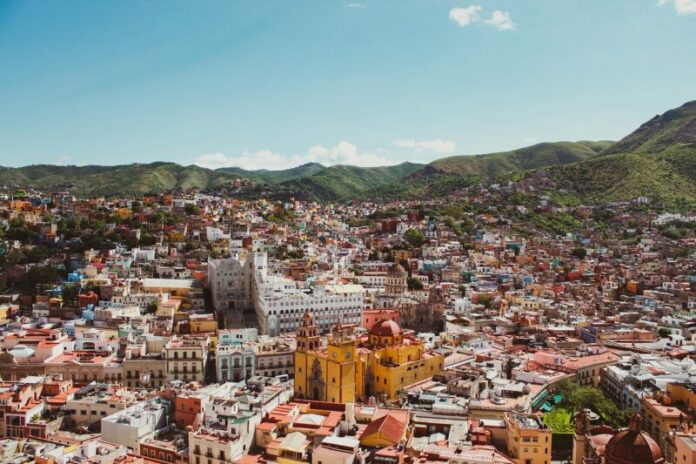 Guanajuato is the capital city of the Central Mexico state of the same name.

It’s known for its silver mining history and colonial architecture. Its network of narrow streets, alleyways and tunnels is typified by the Callejón del Beso (Alley of the Kiss), so named because the balconies are close enough for a couple to reach across and kiss.

In a former granary, the Alhóndiga de Granaditas is an art and local history museum with pre-Columbian exhibits.

Guanajuato was once a silver mining town and although it’s a UNESCO World Heritage Site, strangely it’s not very popular with foreign tourists, who prefer San Miguel de Allende just an hour away.

The city has a Cervantes obsession, despite the fact he never visited, and hosts a large cultural festival each October called the International Cervantino Festival.