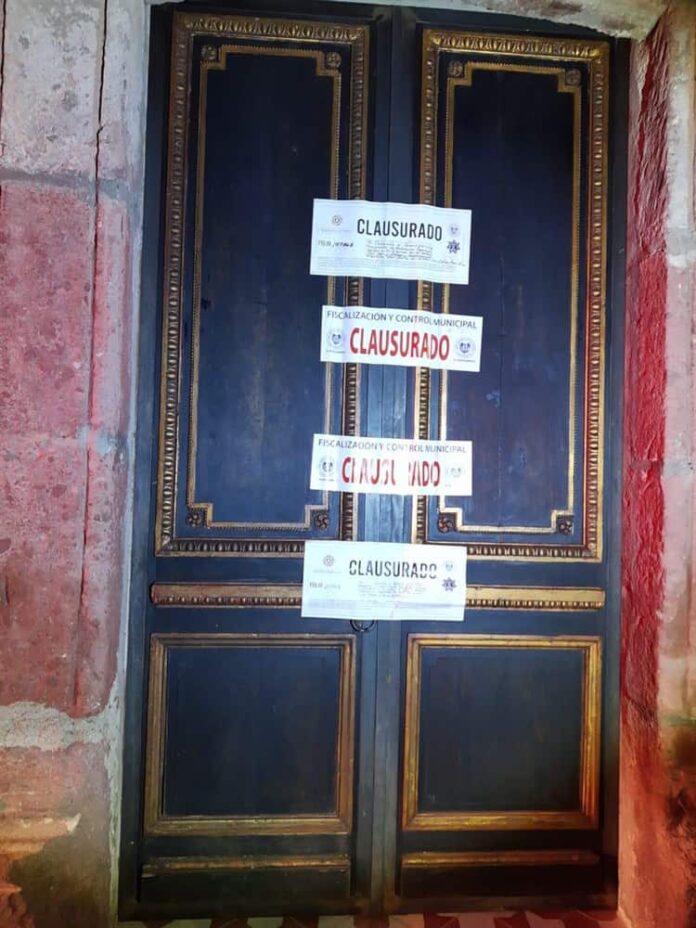 San Miguel de Allende.- If shops and establishments do not adapt prevention measures to contagions by covid, they run the risk of being closed, as threatened by the municipal government.

“For the municipal government, health care and maintaining the economic reactivation is very important, therefore it endorses the use of face masks is mandatory in order to avoid infections and go back at the reactivation traffic light,” the municipality announced to through a statement.

The local government called on all businesses, hotels, bars, restaurants, and service providers to maintain sanitary measures in establishments, which are taking temperature, the use of antibacterial gel, and especially the use of a mask.

“This in order to take care of health and also avoid being closed,” they warned.

The Municipality also announced that despite the fact that San Miguel de Allende is one of the municipalities that have the least impact from covid-19 “due to the actions taken between the government and the population, the alert continues, since in the state In the last week, active cases have increased by 63.4 percent according to data from the Secretary of Health of the State of Guanajuato ”.

It is striking that despite the strict position of the Municipality of San Miguel de Allende towards merchants, the Government did not cancel massive events such as the end of the year concert where the singer Yuri performed; the Tianguis de Reyes Magos, or the delivery of toys and rosca de reyes last Thursday.