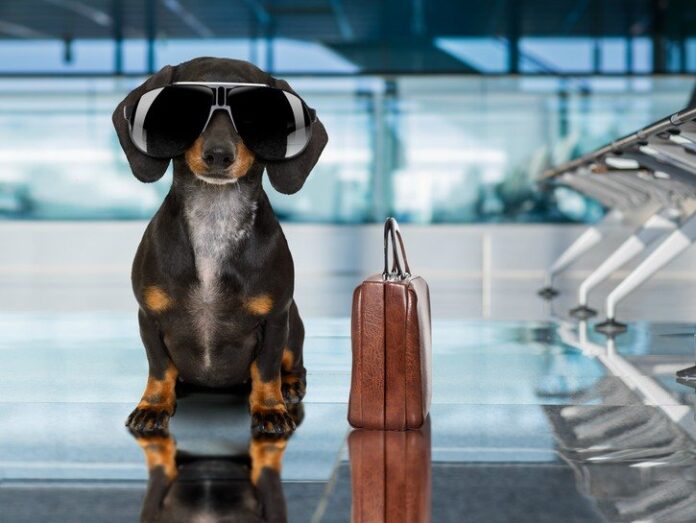 When evaluating the quality of an airline, most people look at factors like legroom, luggage fees, reward programs, and in-flight snacks. For those heading to the airport with their furry friends, however, a recently released study by Veterinarians.org sheds light on which airlines have the best records when it comes to their treatment of traveling pets.

Using data recorded between January 2015 and December 2020 by the U.S. Department of Transportation (DOT), the team behind Veterinarians.org created its report, titled Pet Friendly Airlines: The Best and Worst Airlines for Pets in 2021. According to the study, Alaska Airlines had the least number of reported incidents, making it the best carrier for pets.

An incident, according to the DOT’s Consumer Report Archive, includes the death, injury, or loss of a pet. Alaska Airlines transported more than 730,000 animals between January 2015 and December 2020 while maintaining an average incident rate of 0.26, the lowest of all the airlines. Incident rates were calculated per 10,000 animals transported.

In 2020 alone, Alaska Airlines transported more pets than any other carrier — a total of 107,042 animals — and reported zero incidents. Other airlines that transported more than 10,000 animals in 2020 while maintaining a zero-incident rate include Horizon Air, SkyWest Airlines, and Envoy Air.

Though United Airlines had the lowest incident rate among the last three airlines for 2020, the company has appeared among the bottom three every year since 2015. When categorizing incidents for January 2015 to December 2020 time period, United logged the most pet deaths (45 of 112) and injuries (42 of 81). Delta followed, recording 27 deaths and 14 injuries. American Airlines also appeared at the bottom of the list, with 16 deaths and 11 injuries.

To put things in perspective, the Veterinarians.org study also noted that between January 2015 and December 2020, there were 197 incidents reported by airlines to the DOT. With more than 2.7 million animals transported over that period, this amounts to an all-time incident rate of approximately 0.007% across all airlines.