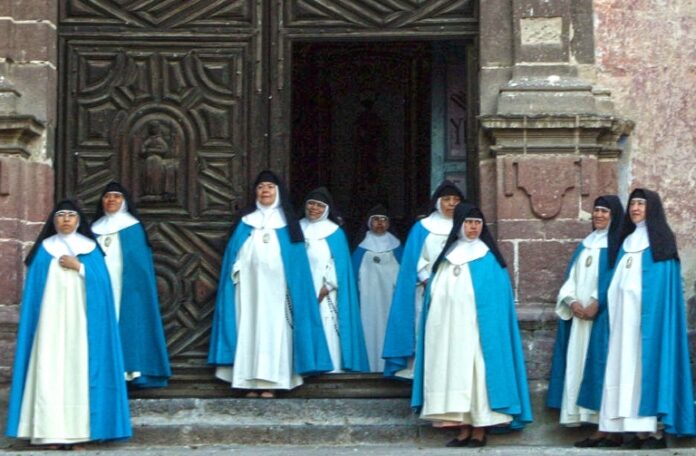 The physical signs of the Roman Catholic faith pervade San Miguel de Allende and our environs.  Inquisition/Colonial Era churches, neighborhood chapels, wayside shrines and mountaintop crosses dot the landscape as fiestas and fireworks traipse across the land.  Each mark a strong correlation between what we do in today’s San Miguel de Allende with the mixing of indigenous and Spain’s Catholic beliefs.

As missionary friars combed the area in the 16th century they had experience with taking existing beliefs found in rural Europe and tweaking them ever so slightly to fit into the new Catholic faith that was all the rage.  The experience helped colonize the San Miguel area.

Elements of pre-Hispanic religions persist and express rather than contradict the Catholic worldview.  For example, St. Martha’s dragon no longer represented European pagan religions, but rather Mexican ones and St. James’ conquered Moors now became the region’s conquered indigenous.

The discipline imposed by the missionary friars in the 16th century was severe, but it is clear that the locals responded by reworking Catholic teachings according to their own needs and understandings.

The persistence of indigenous culture may be less a measure of its strength than an effect of Catholicism itself.  For example, missionaries adapted indigenous songs and dances to Catholic rituals with the aim of speeding conversion.  Note that the next time you view an indigenous procession where clapping is a form of prayer as dancers repeat the sign of the cross with their feet over and over.

The efforts of the early friars to defend the Otomis (indigenous farmers) and Chichimecas (indigenous hunter gatherers) against economic and social abuse by secular Spaniards further enhanced Catholicism’s appeal to the indigenous.  This trend didn’t last forever as later clergy toadied to the provincial Spanish elites rather than with the indigenous community.

The indigenous converted and dedicated themselves with enthusiasm to the construction of religious buildings.  Smaller villages around town have an average of two chapels while towns of 500 to one thousand households tended to have five or six.  Often named for the village’s namesake like St. Matthew or St. Michael, other popular names include Guadalupe, Soledad and St. Isidore (patron of farmers where the Otomis still live and farm).

Though currently 96% Catholic, San Miguel de Allende is a receptive environment for Protestant missionaries on a scale much smaller than southern Mexico states.  Protestants do not hold fiestas venerating the saints or the importance of Mary so conversion here is in smaller numbers because who doesn’t enjoy a good fiesta?!?

Sidebar:  Don’t tell my brother, the Baptist minister, as he has high hopes for saving the heathen area I call home.  You can tell my brother, the former seminarian that left the priesthood to marry a Jewish gal becoming a traveling circus clown under the act “Farmer Toone, his wife and their kid, a goat”.