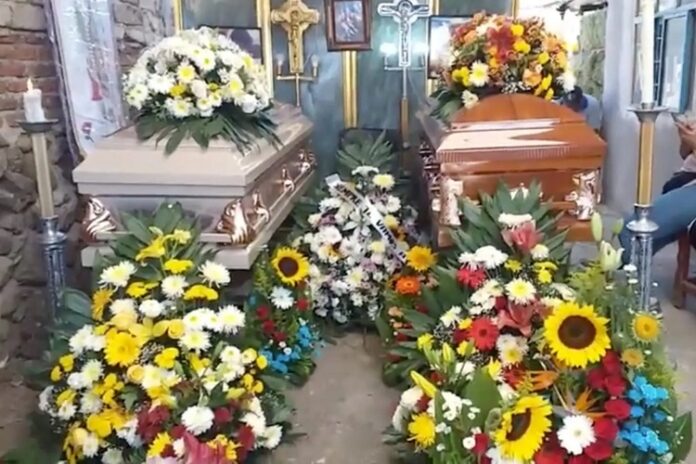 The Attorney General of the State of Guanajuato Carlos Zamarripa Aguirre confirmed that the bodies of the seven burned people in the San José el Nuevo community, corresponded to the members of the musical band “Los Chuparrecio”.

He explained that with scientific means it was possible to establish the identity of the people found in the trunk of a burning van the night of March 22.

The results of the forensics experts’ identification processes were completed with the presence of relatives of the deceased.

He explained that several of the people deprived of life are very young, in their twenties.

He avoided talking about the lines of investigation of multi-homicide but said that results will be forthcoming soon.

Last Tuesday, 6 musicians from “Los Chuparrecio” and two operators from their staff left the Juan Martín community, in Celaya, Guanajuato, at 03:00 in the afternoon heading for the Rancho Seco community, where they would have a presentation.

Eight hours later, seven of them were found dead in a burning truck, and shortly after another body was found in the area.

The musicians were killed in a different place than the discovery site, and then their bodies were burned inside a vehicle.

“Los Chuparrecio” was a popular musical group in the region with a long trajectory.