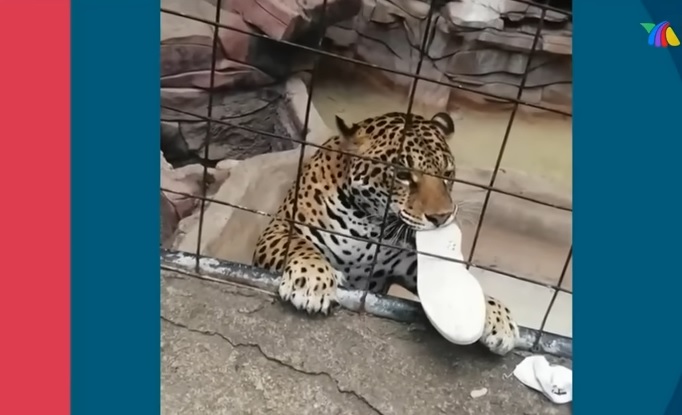 LEON, GUANAJUATO.- A boy was bitten by a jaguar after trying to enter his shelter at the León Zoo

The minor approached the place despite the danger signs that the place had placed, supposedly to take a photo.

A 14-year-old boy was injured after he crossed the protective barriers of the jaguar shelter at the León Zoo (Zooleón), in the city of León, Guanajuato. The minor is out of danger and was treated immediately.

The events occurred on the afternoon of Saturday, July 23, around 2:00 p.m., according to local media.

The minor, originally from the municipality of Irapuato, identified as José “N”, suffered an injury to his left ankle, caused by the feline, after he got too close to the cage, supposedly to get a selfie with the animal.

The León Zoo reported in a statement that the mishap occurred because the minor approached the jaguar shelter despite the warning signs.