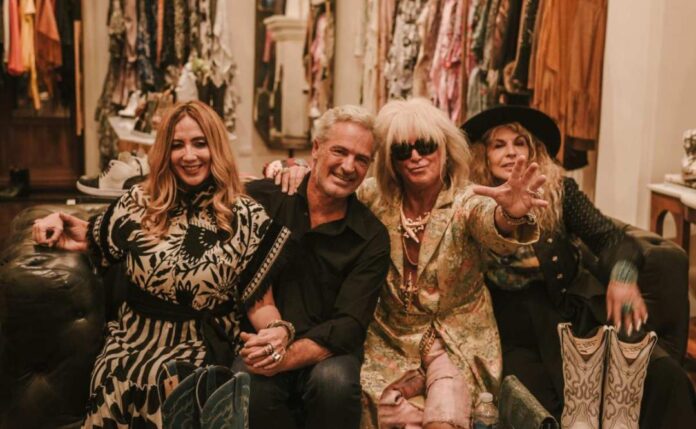 The eccentric businessman of Canadian origin, a descendant of Louis XIV, today resides in the city and also announces that it will be the headquarters of the “House of Landers”

The collector and businessman ‘Lord Ricki’ Landers —who to say of himself is a descendant of nothing more and nothing less than Louis XIV of France—, changed his residence in California for San Miguel de Allende, the city that will be the seat of his future reality show “ House of Landers ”.

To announce this and some more of their projects in Guanajuato city, Adriana and Sepp Riedl, from the chic boutique hotel Casa Blanca 7, were the hosts for Landers and his wife, Cindy, in a cocktail that brought together all the ‘who is who ‘ of Saint Michael.

Lord Ricki will carry out a “takeover” at the trendy Hoja Santa boutique in this city, in which, under the direction of Adriana Criollos and Adán Ramírez, he will work with the designers of this group, given that he is also an expert and collector of high fashion. Among his most prized pieces is a Hermès ‘Himalaya’ Birkin bag, which fetches up to $220,000 at auction.

In this presentation, the fashion lover showed off two jackets from his personal collection: one given to him by his friend, actor Mickey Rourke —by Japanese designer Rynshu Masatomo for Ma-Ji Studio—, and another given to him by the unbeatable English rocker, Mick Jagger.

Another of his projects is to create a museum in this Magical Town, where he will exhibit his collections of objects as diverse as a desk that belonged to Lord Byron, to a bat belonging to the legendary Babe Ruth.