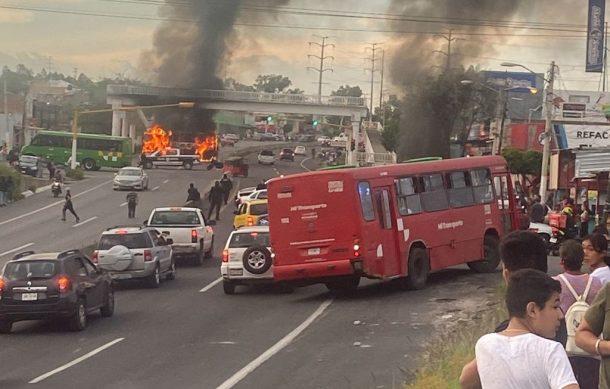 The Consulate General of the United States in Guadalajara issued a security alert before the day of violence that took place yesterday in Jalisco after the arrest of Ricardo Ruiz Velazco, alias El Doble R, operator of the CJNG in the West and Bajío, according to Reforma. in its web edition this Wednesday (10).

The Governor of Jalisco, Enrique Alfaro, reported that there was a confrontation between elements of the Mexican Army and alleged members of organized crime, on the border between Ixtlahuacán del Río and Cuquío.

“Police have been deployed throughout the metropolitan area and are limiting movement to support incident response. The United States Consulate General in Guadalajara has instructed employees to follow the advice of local authorities and remain on site until further notice,” the Consulate reported.

In a statement, Reforma specifies, that the US Consulate urged its employees to follow instructions from local authorities, seek a safe haven, contact their relatives to report their situation, and, in an emergency, call 911.

Yesterday, the escalation of violence began around 7:30 in the afternoon in Zapopan, Jalisco, when, at gunpoint, a group of men took at least 3 transport trucks and 2 private vehicles that they immediately set on fire.

Governor Enrique Alfaro acknowledged that the drug blockades were a response to a confrontation between the military and criminals.

The events put the inhabitants of the metropolitan area of ​​Guadalajara in tension and surveillance was reinforced in popular and residential neighborhoods.

Hours later violent incidents were replicated in León, Irapuato, Celaya and the capital of the entity, Guanajuato.

Transportation units and convenience stores were burned in those 4 cities.

This morning, the national newspaper reports, that President Andrés Manuel López Obrador explained that the acts of violence were due to the fact that the heads of two drug gangs that operate in these entities were surprised and detained by the military at a meeting, where there was also a confrontation.