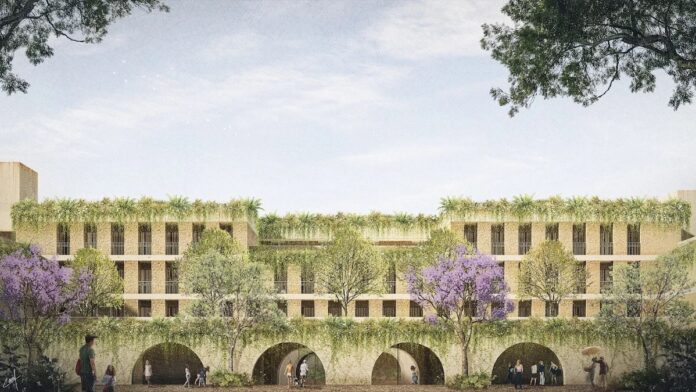 The property will offer 120 guest rooms and 24 residences. While exact details about the amenities remain to be seen, we’re told to expect three restaurants, two bars, a coffee shop, a fitness center with yoga and meditation areas, a destination-inspired spa, a rooftop space with pools and relaxation areas, an on-site art gallery, and a club for kids and teens.

San Miguel de Allende is a UNESCO World Heritage site and has become a popular vacation destination in recent years. It’s known for being a colonial city with great architecture, a thriving art scene, and rich history. As far as the property’s location goes it will be built near the Rosewood.

Below you can see some renderings that Hilton has shared of the Waldorf Astoria. The rooms and grounds look stunning (I’m not sure about the building exterior, though). Of course, whether reality reflects the renderings remains to be seen

The Waldorf Astoria brand will be expanding to San Miguel de Allende, with the property expected to open in early 2025. Of course, that timeline has the potential to slip, and for that matter the project could be rebranded before the hotel ever opens.

Source: one mile at the time