The inhabitants and tourists of San Miguel de Allende, Guanajuato, will have a range of opportunities to celebrate the 210th anniversary of Mexico’s Independence, either from home or going to shops and outdoor events, as there will be no access to the Main Garden for avoiding crowds due to the possible contagion of COVID-19.

The San Miguel government arranged that the week of September 10 to 17, the capacity in outdoor spaces will be a maximum of 200 people, while in closed places the capacity will not exceed 120 attendees. After that period, it will return to a capacity of 150 and 90 people, respectively.

It should be noted that San Miguel de Allende was the first city to which the insurgent army arrived, led by the priest Miguel Hidalgo y Costilla, who called the uprising from Dolores (attached town); It was called San Miguel el Grande, where General Ignacio Allende operated to forge the insurrection, from that place they left for the battles in Guanajuato. He was betrayed and beheaded, his head was exhibited for 10 years in the Alhóndiga de Granaditas, as a warning.

For this reason, the national holidays can be enjoyed by observing the Cry ceremonies and parade through the internet, television, and radio broadcasts. Or by going to one of the 164 hotels, inns, inns and farms that have the “Primero La Salud” certificate, that is, with the endorsement of sanitary measures; as well as the more than 230 restaurants with the same condition. 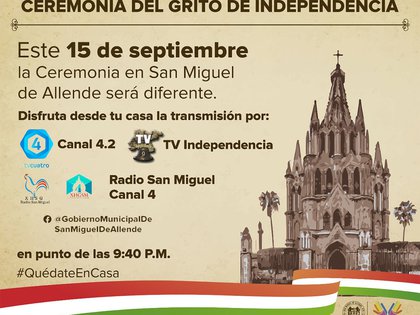 Those at home can follow the transmission through conventional media and official local government networks (Photo: Twitter @ GobSMA)

Although the first square of the city was closed since the early hours of this Tuesday, September 15, that blockade will be lifted the next day, the 16. This is so so that visitors and locals do not go to the Main Garden in the ceremony of the Cry of Independence, as it will be behind closed doors from the Casa de Allende Historical Museum from 9:45 p.m. and it will be transmitted by conventional media, as well as networks social.

Although crowds are not allowed for this Tuesday, September 15, people will be able to book in hotels and bars, restaurants, which will offer the Mexican night until 12:30 a.m., half an hour later there should be no guests. Those who choose this option will enter shops around the first square of the city, as long as they indicate their reservation with a QR code, which will be sent by the hotel or restaurant.

Those who are at home will be able to access the broadcast that will begin 15 minutes before 9:00 p.m. and will end at 10:30 p.m., with a fireworks display that will last 10 minutes. 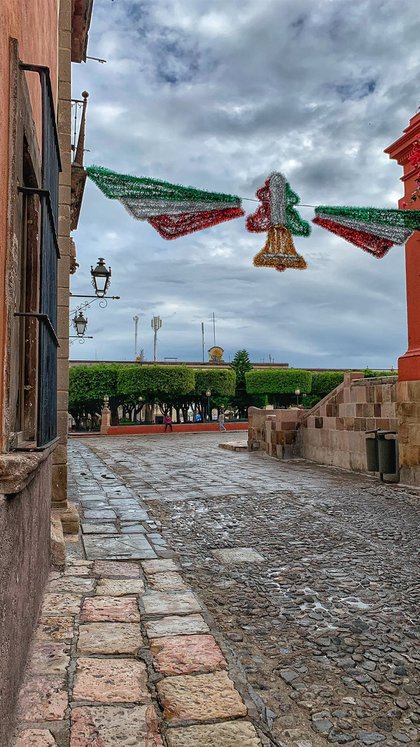 Those who reserve a place in restaurants will be able to access the first painting of the city (Photo: Twitter @ GobSMA)

“The ceremony, which will be headed by municipal president Luis Alberto Villarreal García, will be broadcast on the official social networks of the municipality, by Tv4, Channel 4, Tv Independencia, Radio San Miguel, and by various information platforms,” said the San Miguel City Council, this Monday, September 14.

The program will allude to a narration to highlight the influence of San Miguel de Allende as the headquarters of the Conspiracy and the passage of General Ignacio de Allende, in addition to other historical details. Then there will be a reference to last year’s celebration, to give way to the touch of the flag and the subsequent traditional Scream. Then he will come from the harangue with the “Vivas” and immediately the pyrotechnics show will begin in strategic points such as squares, viewpoints, esplanades, and fields. 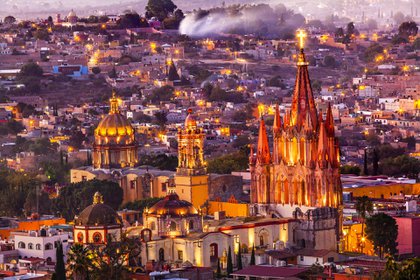 By September 16, the traditional entry of the Insurgents, a representation of Miguel Hidalgo, Juan Aldama, and Allende, will be broadcast at 5:00 p.m. While on the 17th a historic capsule is scheduled for 9:00 p.m. in commemoration of the first independent City Council. In this link you can consult the offer of shops that will offer their services during the national week, as well as the telephone numbers to reserve and their prices.