“On the roads of Guanajuato life is worth nothing”, reads the popular song written by the iconic Mexican composer, José Alfredo Jiménez (1926-1973). His stanzas, however, would anticipate the current wave of violence that the state of is facing right now.

Today the roads, as well as the vacant and piled uplands of the “Bajío” region, have become “territories of death” or “Clandestine garbage dumps” where armed groups throw away their victims’ bodies.

The scene was exhibited through videos on social networks that showed body parts on the asphalt, along with a narco-message attributed to the Santa Rosa de Lima poster(CSRL).

Tinajero is the third former Morena candidate murdered in the state. Alejandro Gordillo was riddled with bullets on September 4, when he was preparing to open his hardware store in the municipality of Moroleón. He was a collaborator in the campaign of the current mayor, Jorge Ortiz.

Earlier, in June, Joel Negreta Barrera, a candidate for mayor of Abasolo, was executed while he was tending his store in the community of Tule. The day before he was murdered, he had sent a letter to José Antonio Yépez Ortiz, el “Marro”, to stop the violence in the entity.

On the streets, criminals have left from skeletons to bodies with narco messages. Among the latest victims is a man, whose body was left suspended in the Irrigation Bridge, 500 meters from the Institute for Police Training of the Celaya municipality (Infopol). 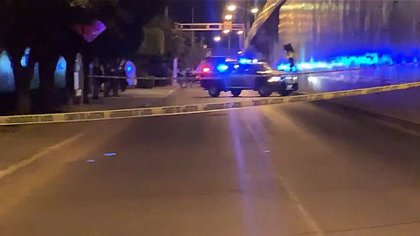 The body was located, last Wednesday, at the Sagarpa offices in that city. The murder is attributed to “Los M”, a criminal group linked to the Santa Rosa de Lima Cartel.

A few meters from that area, on October 4 a head was found outside the facilities of the Celaya Municipal DIF.

In the one in the Santa Rita garden in Maravatio, Guanajuato, human remains were left inside a black plastic bag. The male victim has not been identified. A narco message was found next to the body. 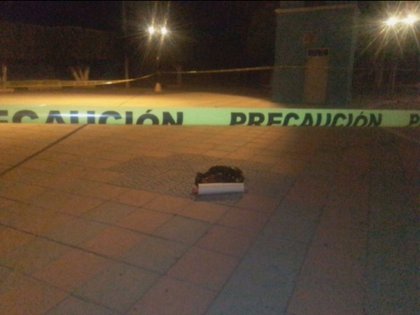 The violence unleashed in the state has moved in recent days to the southern area of ​​Guanajuato.

Last Monday, in the Jaral del Progreso municipality, which borders the Valle de Santiago and Santa Cruz de Juventino Rosas regions (stronghold of the Santa Rosa de Lima Cartel) five people died and four were injured, when a wake was held in the Emiliano Zapata neighborhood. According to several local media, the deceased was a person whose body was found in one of the clandestine graves in Irapuato.

In the midst of the terror of assistants and witnesses, the corpses were thrown in the street, as were the instruments of the band that accompanied the mourners.

In the last 10 days, in Jaral del Progreso – which until recently showed an apparently exceptional peaceful situation in terms of organized crime – an attack on the nightclub “La Cabaña del Toro” took the lives of 12 people (eight men and four women), on September 27.

It is evident that AMLO’s “Hugs not Bullets” strategy is not being very effective.