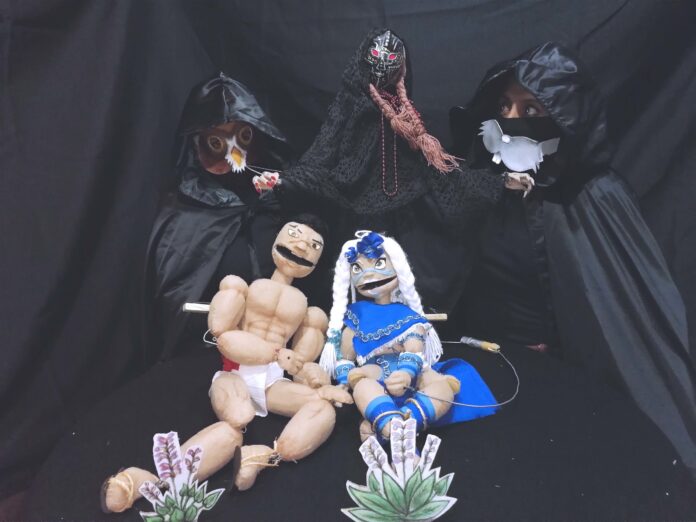 Guanajuato.- With a program of seven face-to-face functions and three online activities, the State Institute of Culture will offer the Guanajuato and its Puppets Festival from May 20 to 23, which will be held as venues the Cervantes Theater and the City Theater, in Purísima del Rincón.

The presence of Jaime Duarte stands out, a collaborator during the last years of Luis de León’s career, and who currently performs with some of the puppets that his teacher gave life to for almost half a century.

The activities will begin online on Thursday 20, with the conference and the glove puppet-making workshop that will be offered by Tito Díaz, one of the most representative figures of the guignol theater in Mexico with a history of almost 50 years.

On Friday 21st the curtain will rise at the Cervantes Theater with the staging “Eratzicuitzio (The Mirror of the Moon)” by Los Cuentos del Nahual y la Oveja. Later, the tribute to Luis de León will be held and the first day of the festival dedicated to children will conclude with “Tierra, lengua y corazón”, by Cronopio Teatro.

On Saturday the 22nd the City Theater will join the program with “Alonso, the little Don Quixote”, a work by Demediado Teatro inspired by the character of Miguel de Cervantes Saavedra, and on Sunday 23 Farfalla Puppets will be presented with “Rosita’s Adventures ”.

Finally, on May 22nd and 23rd, the Leon group Ojo Negro Teatro de Títeres will present online “The Andersen Swineherd”, based on the play by the Brothers Grimm. The company experiments with hybridizations of paper theater and shadow theater.

To take care of the health of the public, the entrance to the events will be with limited capacity and under the sanitary protocol, due to covid-19, which was formed from the Culture on Guard program.

Eratzicuitzio (The Mirror of the Moon)

Step by Step. The manufacture of a puppet with glove technique

Conference: In the footsteps of Guiñol