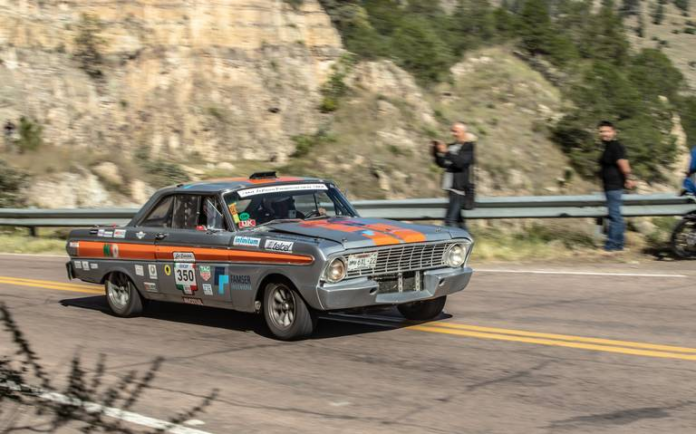 This automobile race, in the vintage rally mode, also had a pass through the city of León with the stages of Sierra de Lobos and Vergel de la Sierra.

Guanajuato, one of the states with the longest tradition within the Carrera Panamericana, was surprisingly not taken into account for the 2021 edition.

From October 15 to 21, the new route will pass through Oaxaca, Veracruz, Mexico City, Morelia, Aguascalientes, Durango, Parras de la Fuente and Saltillo. In total, 3 thousand 208 kilometers will be traveled, of which 581 correspond to speed stages.

Like Guanajuato, another entity that was excluded was Zacatecas, with everything and its spectacular stretch that runs through the Cerro de La Bufa.

Almost from its beginnings, back in the 1950s, “La Pana” was always linked to Guanajuato lands, even in 1953, the municipality of Silao witnessed the tragic accident that cost the life of the Italian pilot Felice Bonetto. his Lancia crashing into a wall. Currently, in Silao there is a recreational plaza that bears the name of who was also a member of Formula 1 with the Alfa Romeo and Maserati teams, this between 1950 and the year of his death.

It should be noted that the “guanajuas” roads became the favorites of the crews, not only because of their complexity or the high speeds that are reached there but also because of the fascinating panoramas in the areas of Santa Rosa, Los Quiotes, and La Valenciana, in addition to the massive reception on the outskirts of the Juárez Theater.

It should be remembered that this automobile fair, in the vintage rally mode, also had a passage through the city of León with the stages of Sierra de Lobos and Vergel de la Sierra, and then left for the lands of Aguascalientes and Zacatecas.

At the moment, neither the organization of the race nor the state tourism authorities, have disclosed the reason why Guanajuato will be marginalized on this occasion of La Panamericana, an event that usually brings together national and international pilots.