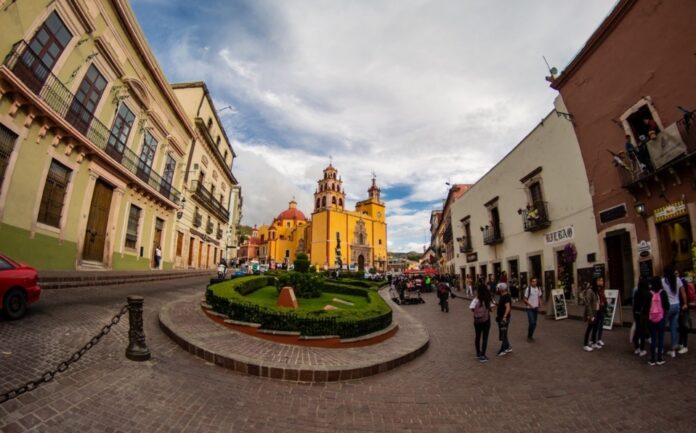 In addition, according to the state Secretary of Tourism, an economic spill of 100 billion pesos is expected.

The Secretary of Tourism of Guanajuato, Juan José Álvarez Brunel, said that during the summer holidays they expect approximately 3 million visitors in the state and an economic spill of 100 billion pesos.

The state official ruled out the possibility of canceling the mass events that they have planned for the following months, as they are following the recommendations of the Health authorities, although they could rethink the way they are carried out. He noted that within their reactivation strategies last week they launched a project to invite Guanajuato citizens themselves to take a walk in their state not only in magical towns and heritage cities but also in municipalities in the southeast and northwest where there are important attractions.

“In this sense, we estimate that we could be receiving around 3 million tourist visitors and at the same time generate more than 100 billion pesos in spill, so I believe that what has always been done is important, within the framework, I insist, of the health care, ”he commented.

The campaign is called ‘ Guanajuato closer than you think ‘ and it includes buyers of services who are offering their promotions for Guanajuato as long as they verify that they live or work in the state through a receipt of some basic service or through the Impulse cards.

Regarding the Guanajuato International Film Festival ( GIFF ) and the Irapuato Strawberry Fair that have not yet taken place, he stressed that he still does not have an estimate of numbers in terms of hotel occupancy or economic spillover that these events may generate. .

Only, in León, Gloria Magaly Cano de la Fuente, director of Hospitality and Tourism of the municipality, said that there are still about 70 events to do in the remainder of the year, including the International Balloon Festival, since 20 have already been canceled .“Yes, there are some who are definitely deciding because of the restrictions that have been adopted again in some countries and that above all depend on companies to postpone it; that is, we have some cases, not the majority, others have simply made the decision to wait a little better, wait for the vaccination to advance and all those certain conditions ”, he commented.

He said that most of them will be carried out in a manner face and a minimal amount will be hybrids and some extend one or two days to have less presence during implementation.