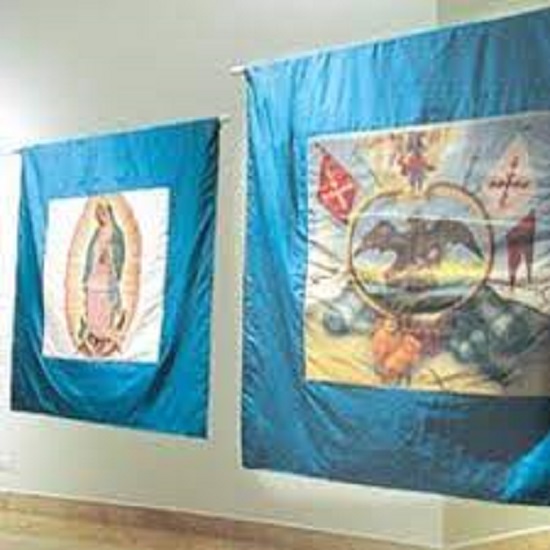 The town of San Miguel played a fundamental role in the beginning of the emancipatory process of Mexico.   San Miguel was the nucleus of a secret group to which approximately sixty conspirators and sympathizers were attached, including military, ecclesiastical and civilians, who were summoned by Ignacio Allende, the main leader of the first stage of Mexican independence.

The Mexican struggle for independence began with the Cry of Dolores. In September of 1810, Fr. Miguel Hidalgo uttered the country’s cry for independence. He called not only for liberation from Spain, but also for the end of slavery and the return of lands to the indigenous. A highly educated creole (person of Spanish descent who had been born in the Americas), Fr. Hidalgo’s efforts led to both the stripping of his priestly title and his gruesome execution.   Hidalgo’s cry set in motion the Mexican War for Independence.

In what was then called San Miguel el Grande (formerly San Miguel de los Chichimecas and now San Miguel de Allende) the rebels carried two flags on blue taffeta.  One flag featured Our Lady of Guadalupe.  The other flag had burgundy crosses, an eagle and the archangel, St. Michael.

The flags are considered the first insurgent flags of military origin. The two twin flags, which marched together on the night of September 16,1810 were carried by those who joined the emancipatory struggle in the town of San Miguel el Grande.

Possibly the origin of these flags is linked to the formation of the 1795 Queen’s Dragons, a military cavalry unit in San Miguel el Grande. Their flag also featured St. Michael and Allende was a member of the Queen’s cavalry before switching sides.

Both flags were captured by Félix María Calleja during the Battle of Puente de Calderón in the War of Independence. It was given to King Ferdinand VII as a war trophy in 1814.

These flags have an extraordinary value as they are the first emblems of a freedom movement that spread throughout Mexico. These flags not only represent the emblems that the insurgency of the San Miguel region adopted, but also the feelings, loyalty, patriotism and slogans that they shared with all those insurgent groups that joined the first armed movement for Mexican independence.

However, instead of being exhibited in San Miguel de Allende the flags are currently in Spain in an army museum.

On the occasion of the Bicentennial celebrations, politicians, academics and history buffs pleaded with Spain to return the flags.  However, much like the indigenous codices (books), the first map of San Miguel and the banner of Guadalupe Fr. Hidalgo grabbed in Atotonilco when proclaiming freedom, they remain in Spain.

Fingers crossed the flags one day return home to San Miguel de Allende to be featured in the Allende Museum in the jardin.

Sidebar:  After Hidalgo’s failed attempts at conducting a revolution, Fr. José María Morelos, another revolutionary priest for whom Morelia is named, and the army general Agustín Iturbide continued the struggle (Iturbide had originally fought for the Spanish royalists, but he switched sides). Iturbide authored a treaty proclaiming Mexico’s independence from Spain while reaffirming the country’s alliance with the Church.

His treaty also established equal rights for people of Spanish decent born in the Americas and people born in Spain. On August 24, 1821, with the signing of the Treaty of Córdoba, Spain finally recognized the independence of the first Mexican empire, led by none other than Iturbide himself.