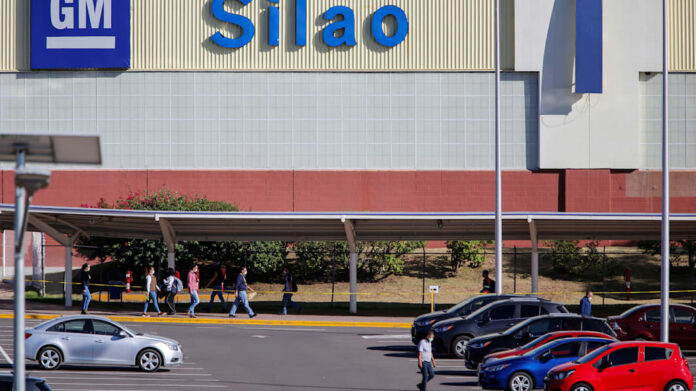 Labor Department inspectors will be allowed inside the plant to prevent intimidation tactics starting next week, and observers from the International Labor Organization will also be allowed in.

However, it was unclear if those promises would be enough. Workers at the plant have complained the old Confederation of Mexican Workers union has already tried tactics like promises and threats in speeches to shop stewards, or offering to raffle off cars, in order to win the vote.

U.S. Rep. Bill Pascrell, Jr., a Democrat from New Jersey, welcomed the plan. Pascrell wrote “I remain hopeful that the crooked backroom deals between corrupt corporations, predatory protection unions, nefarious government officials will become a thing of the past.”

The complaint was filed in May under the U.S.-Mexico-Canada trade agreement, after the old-guard union was caught allegedly destroying ballots. A new union is trying to unseat the old labor group at the plant. For decades, corrupt Mexican unions signed low-wage “protection contracts” behind workers’ backs.

The “rapid response” mechanisms under the trade pact, known as the USMCA, allows a panel to determine whether Mexico is enforcing labor laws that allow workers to choose their union and vote on contracts and union leadership. If Mexico is found not to be enforcing its laws, sanctions could be invoked, including prohibiting some products from entering the United States. The May complaint was the first to be filed under the USMCA.

Mexican auto workers make one-eighth to one-tenth of the wages of their U.S. counterparts, something that has spurred a massive relocation of auto plants to Mexico and a loss of U.S. jobs.

For decades, union votes in Mexico were held by show of hands, or not at all. Workers at many factories in Mexico were unaware they even had a union until they saw dues deducted from their paychecks.

As part of efforts to get the USMCA, which replaced the old North American Free Trade Agreement, Mexico passed labor law reforms stating all union votes would be by secret ballot, and workers at all factories in Mexico could vote on whether to keep their current union.

It was one such vote among the 6,494 employees of GM transmission and pickup plants in Silao in April that triggered the complaint.

Workers at the plant had been asked to vote yes or no on whether to recognize the union that has long controlled the plant’s labor contract. That union is part of the Confederation of Mexican Workers, or CTM, which formed part of the the party that ruled Mexico for most of the past century.

In a statement in May, GM said it “supports the labor provisions of the USMCA, including rapid response,” and said it will cooperate with authorities “to guarantee the integrity of voting on the union contract at out manufacturing complex in Silao.”

“We do not think there was any involvement of General Motors in the alleged violations that occurred at our plants in Silao,” GM said, but noted it had hired an outside consultant to conduct a review of what happened.

Mexico is still in the middle of a process of holding votes at workplaces to accept or reject existing unions. The process started in 2019 and ends in 2023, and will have to be repeated at every unionized factory and workplace in Mexico.

Some experts have criticized the process because employees are not allowed to choose between a new union and an old one. Instead, they are essentially asked to decide between the old union and none at all.