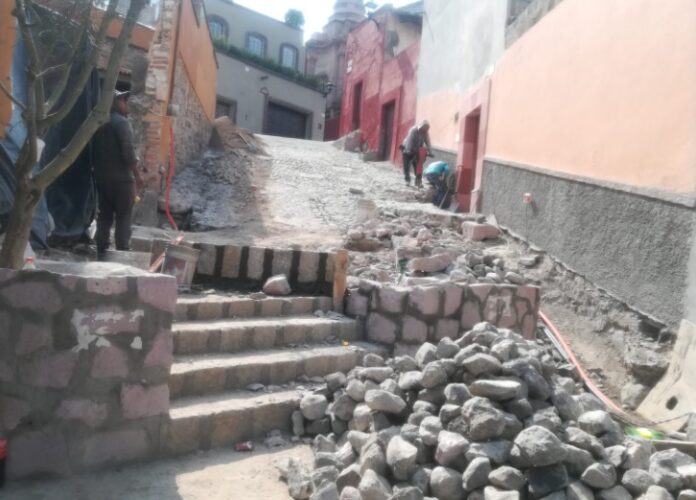 From 8:00 am on Wednesday, October 13, the municipal president arrived with machinery to remove the staircase that had been built on this street, in order to make it open again to vehicular traffic and pedestrian crossing.

“They privatized this street for building this hotel and they privatized one of the most emblematic streets in San Miguel. I made a commitment with the people of San Miguel to recover the public spaces that the past administration privatized. At this moment we are complying with one of these commitments ”, declared mayor Mauricio Trejo while he was standing right on Montes de Oca Street, which connects the Historic Center with the Camino Real a Querétaro.

The mayor said that this is how the recovery of its historical patrimony begins, so that all its inhabitants, tourists, and visitors can enjoy these spaces, and not for personal benefits.

“It is one of the most photographed streets in San Miguel de Allende for decades. It will be a fast, clean work and, above all, without ‘corruption‘ “, the mayor emphasized.