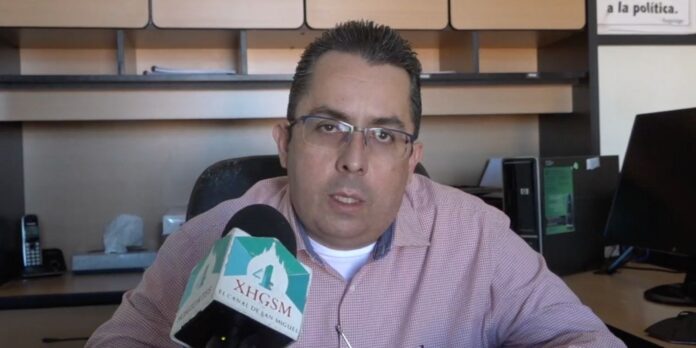 San Miguel de Allende.- The new president of the Simapas council, Luis Manuel Orozco Arroyo said that he already had agreements with the mayor not to deliver any feasibility to developments until he presented a report on the water situation in the city.

Orozco Arroyo, who was appointed president of the council, a day before the 2018-2021 administration ended, said that San Miguel has a good, healthy operating body. “They gave it to us with black numbers, with projects and works in progress. It has solvency in financial health and is self-sustaining ”.

He said that the system is part of the municipal administration and that it has to work with the administration  “I must clarify that the council does not have the capacity to privatize itself, it is only a rumor but it is totally false. “

He noted that Mayor Mauricio Trejo asked them for information on the works in progress and financial data. “As a decentralized body we have to follow the guidelines of the municipal government and that is to address the concerns of the mayor.”

From that meeting, the municipal official revealed that the agreement is that there will be more feasibility for the time being until it is validated and the mayor talks about whether there is enough water. “We are going to present numbers on the wells and the aquifer situations, as well as the amount of water we have. The mayor’s concern is that when a real estate development is considered feasible, water must be guaranteed for life and it is a very valid preoccupation and we are concerned about that too”.

They also agreed that when there are projects that affect public roads, they will be done in conjunction with the public works department and the citizenship.

Another agreement is not to do works from Friday at 4:00 in the afternoon, until Monday, to give priority to tourism.

In addition, this Thursday the new SAPASMA Board of Directors with members of the new municipal government in which topics such as the works program, the expansion of the treatment plant, the Ignacio Allende aquifer, the control and monitoring center, as well as the works in progress and future projects.