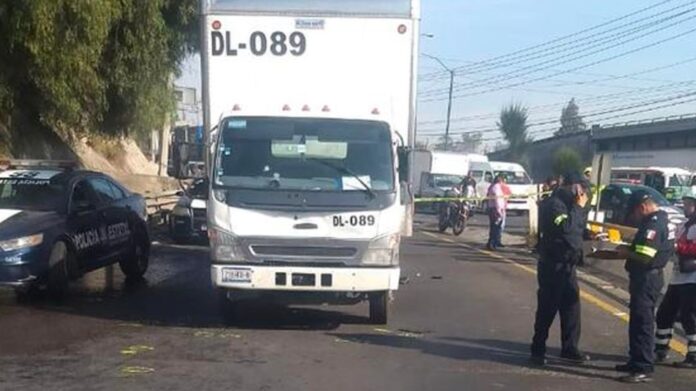 In recent years, the investigation folders for cargo theft totaled 25,844

The Querétaro-Mexico highway is vital for the country’s logistics sector by connecting the center and the north.

Being one of the busiest, it is also one of the most beset by criminal acts

In this sense, the Executive Secretariat of the National Public Security System (SESNSP), details that, from December 1, 2018, to May 31, 2021, 25 thousand 844 investigation folders have been registered for theft of heavy transport.

In this sense, according to Jesús Campos, a specialist in technology and mobility, as well as content advisor of the Logistics World Summit, various strategies are required to mitigate criminal acts such as attention to insecurity, implement better logistics plans in transportation, use of GPS technologies in heavy vehicles, proper maintenance of asphalt sections and speed control systems.

“We are very bad at preventing cargo theft; we are a long way from establishing multifactorial solutions. There is no federal and state policy to implement adequate logistics in the transfer of merchandise, “he said.

According to the National Private Transportation Association, last year 81 percent of freight theft incidents were concentrated in the Central (57 percent) and Western (24 percent) regions of the country, in addition to the Mexico-Querétaro and Querétaro-Celaya highways occupy third place with the highest incidence of crime, with 172 open investigation files.

The expert expressed that the false promises of governments in which they always talk about ending the problems on their highways are regrettable, but they do not.

Among the merchandise that is stolen the most are food, groceries, white goods, construction materials, and household appliances. While out of every 10 robberies recorded by the transport of heavy cargo, six are committed during the day.

Vital, use of technology

In this context, it is necessary to work within companies and industries to strengthen the issue of intelligence in crime prevention, as well as the use of technologies among which artificial intelligence, blockchain, visibility in the supply chain stand out. , internet of things, autonomous driving, predictive analytics, and digital trucks are some of the solutions that have begun to be adopted.

The specialist explained that Mexico is the third country with the highest number of freight theft, behind Brazil and India, report the BSI and TT Club.

In 2020 alone, 7 thousand 35 units of heavy equipment were stolen, according to the Mexican Association of Insurance Institutions (AMIS).

He exemplified that a great bet that has to be made in the near future is logistics and technology, which were essential factors that have sustained the needs of the Mexican population.

Have a Happy Thanksgiving! Take a Toone Turkey Tour of San Miguel today!