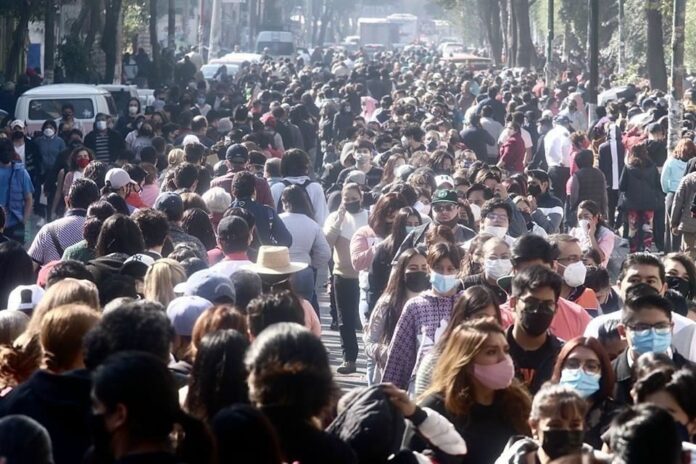 Between symptomatic and asymptomatic, more than 55 percent of the Mexican population will be infected with Omicron by mid-February, according to estimates from the Institute for Health Metrics and Evaluation at the University of Washington.

An infected person can be asymptomatic, but in Mexico, only those who have symptoms are tested.

“We expect that more than 55% of the Mexican population will be infected with Omicron in the next 3-4 weeks.”

“Our models for Mexico suggest that infections will peak at around 3 million (an infected person can be asymptomatic, and in Mexico, only those with symptoms are tested, that is the case) per day by January 19, although the peaks in some states will vary considerably, with peaks after mid-February in Chiapas and Morelos,” said Rafael Lozano, a specialist at that institute.

He warned that hospitals will be under considerable stress from increased admissions and staff absences, due to him testing positive and having to self-quarantine.

“The increase in hospitals that we estimate includes admissions that are incidental, that is, people who come to the hospital with other problems and test positive for Covid-19. However, there will be pressure on hospitals, due to patients with Covid-19 and staff shortage,” he said.

Lozano assured that after three weeks of the beginning of the year, it is confirmed that Ómicron has a much higher fraction of asymptomatic infections; a smaller fraction of diagnosed cases requiring hospitalization and a significantly lower mortality rate among those who have been hospitalized compared to the Delta variant.

“The massive increase in infections is not causing a proportional increase in deaths because Omicron is 90-99 percent less severe than other variants,” he said.

He added that the lower severity is due to three factors:

1.- The fraction of people with asymptomatic infection increased from 40 percent to 80, 90 percent

2.- Among those with symptomatic infections, the hospitalization rate has dropped 40 , 60 percent.

3.- Among those hospitalized, the fraction that requires intubation or dies has been reduced by 80, 90 percent

With 2,000 infections per hour, Covid-19 increases serious cases in Mexico by 2% 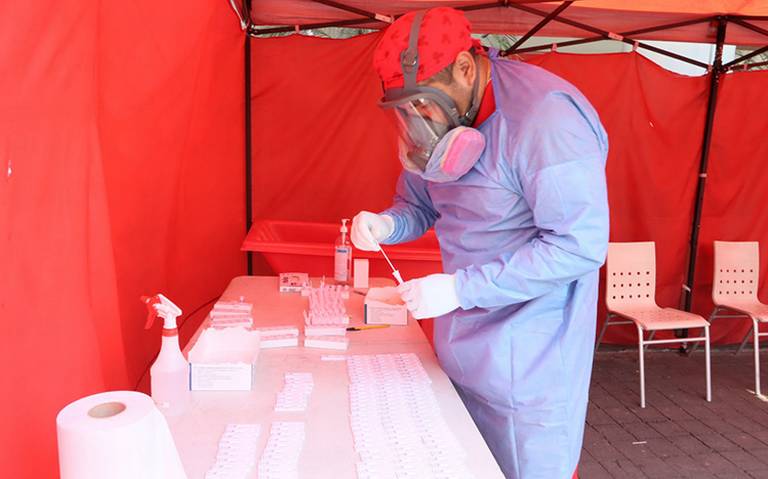 In Mexico, 50,373 new cases of Covid-19 were confirmed, reported by the Ministry of Health, which means that infections grow at a speed of 2,098 cases per hour, which increased hospitalizations in the country, reaching 38 percent of general beds available.

The government of President Andrés Manuel López Obrador reported that serious cases of Covid grew by 2 percent in the last few hours, this going from 20 to 22 percent of patients who required to be intubated and admitted to intensive care units.

At this time 342 thousand 788 people have the virus of the omicron variant present.

In the two years of the pandemic, 4,545,683 people have presented symptoms of one of the 14 variants of the virus that causes Covid-19.

When releasing the most recent report, the federal government agency reported that 278 deaths were added, with which so far there have been 302,390 deaths since March 2020, when SARS CoV2 arrived.

Until now, the number of tests pending to issue a result totals 624,417 throughout the country, which represents that they are patients who have manifested symptoms of the pandemic disease but did not obtain a response from the laboratory in the public health system.

Until now, the highest level of confirmed infections are those that occurred yesterday, marking 60,552 new cases.

the areas with the highest viral activity and risk of contagion of the SARS-CoV-2 virus, being the states with the most confirmed active cases:  Baja California Sur, Mexico City, Tabasco , Colima, Nayarit , San Luis Potosí, Zacatecas, Coahuila, Querétaro and Yucatán.

In addition, since the beginning of the health emergency, the federal authorities have registered the total number of infections accumulated by residence, so the states with the highest number of reported cases are: Mexico City with one million 133 thousand 365 cases; State of Mexico  (435 thousand 176), Nuevo León (240 thousand 786), Guanajuato (230 thousand 073); Jalisco (188 thousand 040) and Tabasco, with 164 thousand 975 cases.

The SSa indicated that the distribution by sex in confirmed deaths shows a predominance of 62% in men, with an average age of 64 years at death; while the confirmed cases show a greater predominance in women, with 51.1% and the general average age is 39 years.

Likewise, he highlighted that in the last five weeks,  most of the cases are present in the groups of 18 to 29 years, followed by the groups of 30 to 39 years and 40 to 49 years.

On the international scene, there are a total of 336 million 790 thousand 193 infections and 5 million 560 thousand 718 deaths accumulated worldwide. In the last 24 hours, three million 777 thousand 104 and 8 thousand 741 were reported respectively. The global lethality is 1.7 percent.