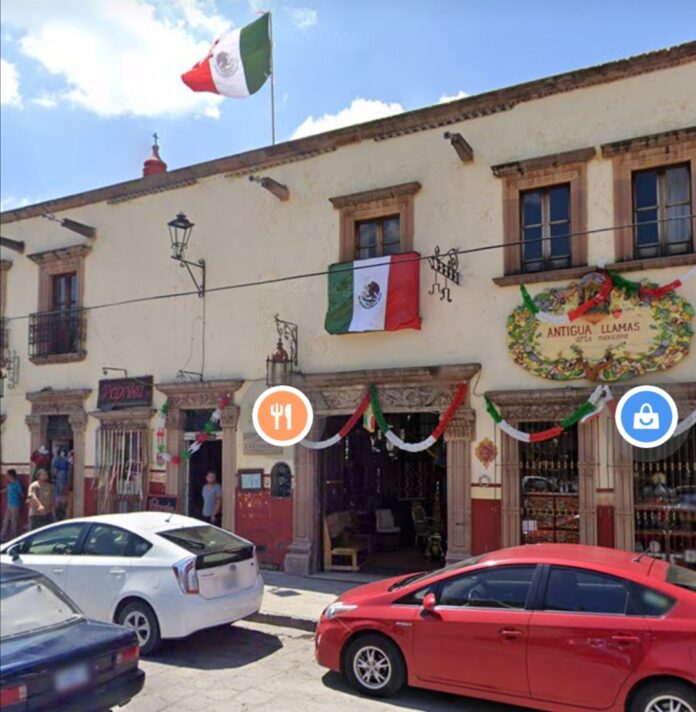 San Miguel de Allende, Gto., February 18, 2022. – On Thursday afternoon at 2 in the afternoon there was an armed robbery of a bread store on Calle Ancha in San Antonio, a solitary individual pointed a gun at the employee and forced her to hand over money and her belongings.

At approximately 2:45 p.m., a subject dressed in dark-colored pants, a navy blue jacket with a cap and a face mask entered the “La Espiga” bread store located on Calle Ancha de San Antonio in the center of the city, acting in a manner normal, however, at a certain moment, he took out a firearm from among his clothes and pointed it at the employee.

The subject went to the checkout area and threatened the woman by throwing her to the ground, once subdued she was forced to hand over money, her wallet, and her cell phone, and even tore off a medal she was wearing.

Once the robbery was completed, he told the woman that she should remain on the ground for at least 5 minutes, otherwise he would kill her.

As the minutes passed, the woman joined and requested support from the surrounding businesses, moments later the Municipal Police arrived to implement an operation with the aim of catching the criminal, however, it was unsuccessful.

It is the second robbery this week in the city center with the same modus operandi and characteristics of the alleged criminal.