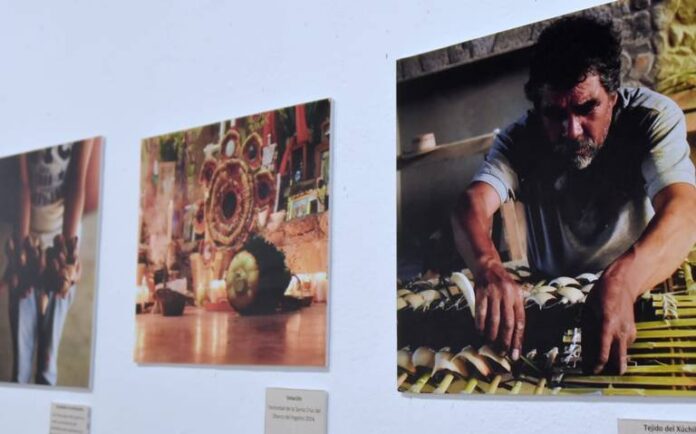 There will be more than 120 exhibitors, 30 conferences, and 8 painting and photography exhibitions.

The eighth edition of the Otomí Language, Art and Culture Festival (FLACO) will be held from February 21 to March 4, with the venues being the Manuel Gómez Morín Cultural Center, the Faculty of Philosophy of the UAQ, and the Museum of the Conspirators.

At a press conference, Roberto Aurelio Núñez López, president of the festival’s organizing committee, pointed out that there will be more than 120 exhibitors, 30 conferences and 8 painting and photography exhibitions.

He reiterated that this festival was created by the Autonomous University of Querétaro (UAQ) to spread the importance of the indigenous communities of Mexico and above all to raise awareness about the mother tongues that are in danger of extinction.

The FLACO has transcended internationally and has had the presence of guests from other countries. In this edition, the guest country will be Bolivia, and the guest state, Puebla.

This festival takes place within the framework of the International Mother Language Day, which is celebrated every year on February 21, promulgated by UNESCO in 1999.

On his occasion, the director of the FFi, Salvador Arellano Rodríguez, highlighted that from this Academic Unit the approach and visibility of the Otomi culture and language is promoted through the Bachelor’s Degree in Education and Intercultural Mediation and, also, the Master’s Degree in Amerindian Studies and Bilingual Education, listed as a program of excellence by the National Council for Science and Technology (Conacyt).

Finally, the person in charge of the program “Rescue and Revitalization of the Otomí of the state of Querétaro”, Dr. Ewald Hekking, considered that the red thread of this meeting will be non-discrimination.

“There is a problem with many minority groups, who have no political or economic power in this world, sometimes, unfortunately, they are discriminated against or they are not respected.”

The events of this eighth edition will be broadcast through the official page of the Otomí Language Art and Culture Festival on Facebook and will be broadcast through the social networks of the convening institutions: Codi, the Educational and Cultural Center “Manuel Gómez Morín ”, Center for Emerging Art, Querétaro National Pedagogical University, Pedro Escobedo Campus High School, Eduardo Ruiz de Amealco Gallery and Hmunts’a He’mi.