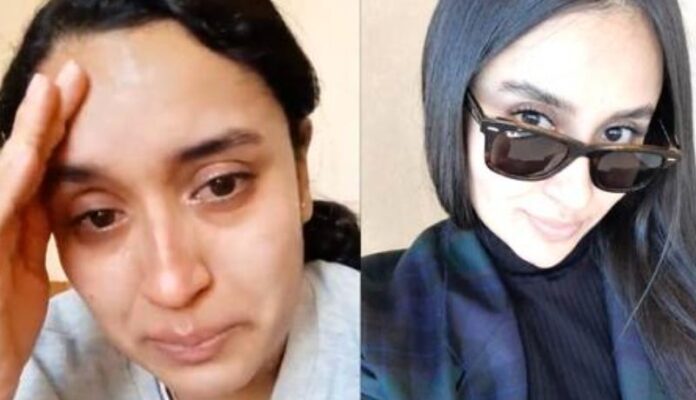 A teacher from Guanajuato, “trapped in the war and without money” in Ukraine The Secretariat for Migrants and International Liaison of Guanajuato pointed out that seven Guanajuato residents are in Ukraine, including a Spanish teacher from the City of León, with whom she entered in contact and that he has told him he is traveling on a bus to the Romanian border, along with other Mexicans.

Professor  Rosalía Tovar, who has lived in Ukraine for 10 years, spoke by phone with the head of the Migrant Secretariat about the situation that exists due to Russia’s attack on Ukraine.

She commented that she is without money because her bank account was suspended and she has problems with telecommunications.

With the support of the Mexican consular representation, it was possible to contact the owner of a truck that will transport a group of Mexicans from the city of Ivano-Frankivsk to the western border so that they can enter Romania.

The Guanajuato woman said she was “trapped in the war and without money.”

On her social networks he asked that they not leave Ukraine: “I have heard all the planes flying over from 5 and 7 the explosions at the Ivano Frankivsk airport, the city where I am evacuated. No one deserves this, only cowards drop their bombs on a sleeping population.”

“It’s finally day, there’s a curfew. I am safe in my hotel. Many families are arriving. The men have gone to the store and the pharmacy. We need water, we can’t leave,” she wrote.

Guanajuato provides support to the Ukrainian community in Mexico.

“This Sunday, February 27, the community will have a demonstration for the peace of Ukraine.”

Vitalia Godylo, a representative of the community who has been in Mexico for more than 15 years and lives in León, said that, despite living miles away from their city of origin, they intend to raise their voices to destroy another weapon, disinformation.

“We all thank you, on behalf of the Ukrainian community and people, for the fact that you are not indifferent to this situation that we are experiencing and we refuse to accept as our reality, but from which we have no other option.”

For her part, Vladyslava Lapka, who has lived in Guanajuato for 4 years, due to a job opportunity, said through tears that she met her now-husband here and that is why she decided to stay here and raise her daughter.

“Here I am alone with my family, but at the same time not, because there are many Ukrainians here, yesterday I recorded a video that I uploaded to social networks, faced with so much impotence, far away and frustrated because we cannot do anything.”

Contact is established with another Guanajuato resident in the Ukraine.

The Secretary for Migrants and International Liaison said that, according to figures from CONOFAM, (National Coordination of State Offices for Attention to Migrants) who is in communication with the Institute of Mexicans Abroad, reports that there are 6 Guanajuato residents registered in the Mexican Embassy in Ukraine.

He said that there was knowledge and contact with another Guanajuatense who is in Ukraine, it is Osmar García, originally from León, whose relatives know that he was trying to leave this country in search of refuge.

“His relatives say that communication with him has been difficult, but that they hope he can leave that country even today.”

Once again, the government of the state of Guanajuato makes available to citizens the contact numbers of the Migrant Secretariat and International Liaison to provide any support to relatives of countrymen living abroad and who need it: