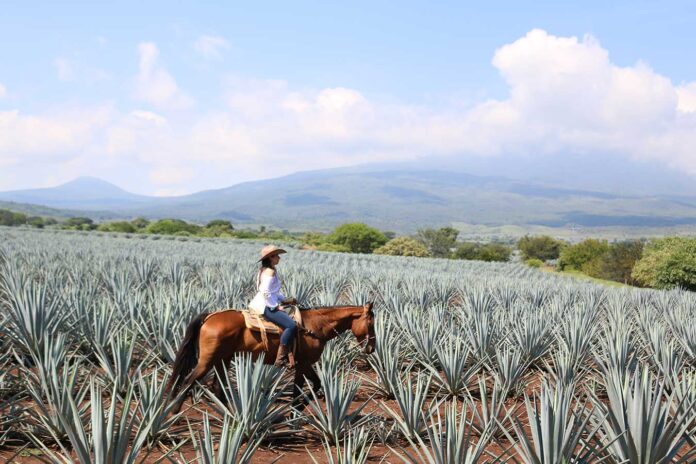 If it feels like there’s a new tequila brand coming out almost every week, that’s not far from the truth. But there’s a good reason that celebs, entrepreneurs, and finance bros have latched onto this spirits category—it shows no signs of slowing down.

According to new data from Allied Market Research, global tequila sales are set to grown exponentially over the next decade, from almost $13 billion in 2021 to more than $24 billion by 2031. This is equivalent to a compound annual growth rate (CAGR) of 6.6 percent, and leading the charge will be premium and Joven (a mix of Blanco and aged tequila) expressions, although Blanco currently moves the most units. Unsurprisingly, North America is expected to be the biggest market. Anyone who has visited a bar, liquor store, or club around the US can tell you how popular tequila is in this country specifically, with countless bottles and cocktails available. As we’ve reported here, tequila sales will outpace American whiskey by next year, and in 2021 that equaled over $5 billion in sales.

While many new brands have been trickling into the market at a steady pace, the big companies continue to dominate with their well-established brands, including Brown-Forman (Herradura), Diageo (Casamigos), Beam Suntory (Hornitos), Constellation (Casa Noble), Bacardi (Patron) and Becle (Jose Cuervo). “Over the past five years, 100 percent blue agave products have exploded as the dominant product attribute consumers seek,” said Adam Rogers, IWSR research director for North America in a statement on the company’s website. “Most brands have focused on developing higher-quality products as well as unique elements in finishing or aging.”

Drizly’s list of the best-selling tequila over the past year supports the notion that it’s still the big brands that people are buying. The top ten list is as follows:

Teremana is a relative newcomer here, but it’s driven by the power (and muscles) of The Rock, so no wonder that’s joined the scrum of best-sellers. Speaking of celebrity tequila, one of the latest is Kevin Hart’s recently launched Gran Coramino brand, a partnership with Jose Cuervo CEO Juan Domingo Beckmann. And while still an unofficial category, cristalino (aged tequila filtered to remove the color) seems to be growing in popularity—see the aforementioned Gran Coramino and the new Gran Sociedad.

The big takeaway from this data is that both aficionados and casual drinkers will have more than enough tequila to drink over the next decade and beyond, from additive-free expressions made using traditional methods to diffuser-made tequila loaded with vanilla flavoring. And that news deserves a hearty “salud.”