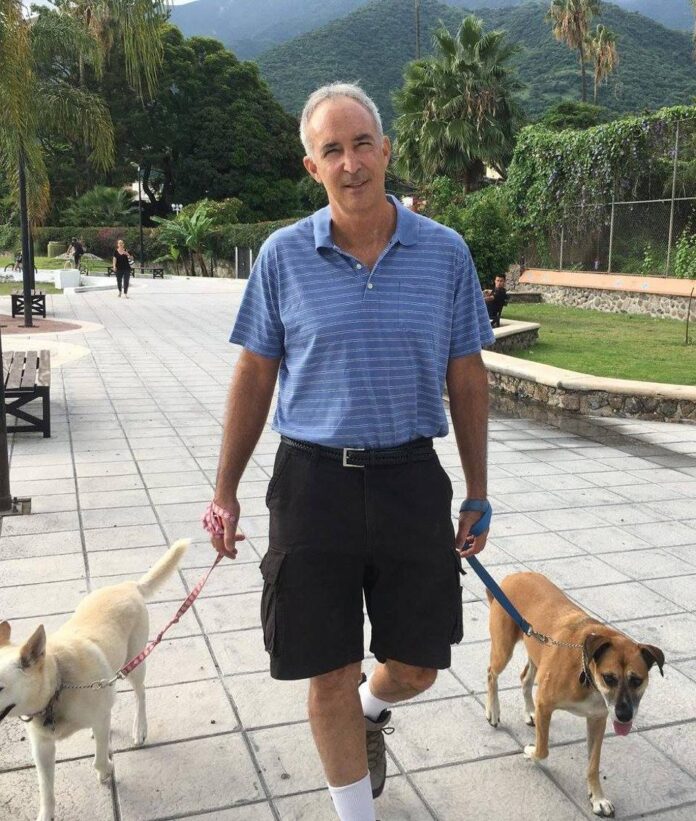 I would have hoped that, before I lived in Mexico, if someone would have asked me what it would be like to live in Mexico, I would have had the humility, good sense and / or wisdom to say “I don’t know.”

But I doubt it.

Before we moved here, I would have assumed that all of Mexico was hot and most of the important or relevant parts of it were either on the beach, or near the beach.

Why would I think otherwise? After all, I had already been to Mexico. To Tijuana, to Ensenada, to Cabo, and to a Club Med in Zihuatanejo. And all of them fit the profile. Case closed, right?

Then, in 2016, my wife and I climbed into a large, white van along with our two dogs and as many of our possessions as we could stuff inside and drove through Mexico for close to a year. (Free download of our trip.). We started in Mexicali, on the California border, and wound up in Chetumal, a Mexican city on the border with Belize. (We loved it.). Along the way, we drove 1,456 miles through just the Mexican highlands part of our trip, up in the mountains, though mile after mile of gently rolling farmland, almost all of which is at about 5,000 feet in elevation.

Guadalajara is at 5,100 feet elevation (about the same as Denver), Mexico City is at 7,350 feet elevation (higher than Park City, Utah), and Puebla is about the same as Mexico City. They have what would seem to be an almost unending supply of mountains and you can see snow on some of them. But because here in Mexico we are at a lower latitude than Denver or Park City, it doesn’t get anywhere near as cold here. The weather is extremely mild in Mexico, even in the summer… that is, in most of the places where most Mexicans actually live. Who knew?

My experience in the US with Mexicans who were born in Mexico were that they were almost all poor and worked in jobs like picking crops, doing yard work and being a maid and / or nanny. So, without any thought whatsoever, I just sort of assumed that Mexico was a country populated with people doing pretty much the same jobs I saw them do with pretty much the same amount of money as they had in Los Angeles.

Of course, I was wrong in this as well.

When you drive in Guadalajara (near where we spend most of our time), you’ll see cars. Lots of cars. And in any city we visited during our extended road trip, we saw lots of shiny new car dealerships. Among them were Audi, Mercedes, and BMW, even in the smaller cities. As you look around when you are stuck in traffic in Guadalajara, the types of cars and the ages of the cars you see are not that much different from what you would expect when looking around and being stuck in traffic in Los Angeles. The experience in almost every way is about the same, unfortunately.

How could all these gardeners and berry-pickers afford all these cars? The answer is that there are millions of Mexicans who are not minimum-wage gardeners and berry-pickers. While it is true that the Gross National Product per person in the US is around seven times higher than it is in Mexico, part (but not all) of that discrepancy is mitigated by how much less it costs to live in Mexico.

From what I can see, while of course the percentage is not as high in Mexico as it is in the US, lots of Mexicans have a good amount of disposable income to spend. Just ask the management of Costco, which is probably making a fortune because it was smart enough to open here. The last time I went to one of the several Costcos we have here in the Guadalajara area, I could barely find a spot in the parking lot 80 yards from the entrance. The entrance was thick with people going in and out and had adjacent to it probably the largest collection of shopping carts I had ever seen in one place, lined up in gently curved lines and ready to go. It looked to me as if, on that single day, thousands and thousands of Mexicans were hauling away millions and millions of dollars of consumer goods… all then piled into their nice cars which they then drove away in near perfect weather.

One of the main reasons why many people refuse to move to Mexico is because they believe that they can’t get good medical or dental care here. I was among those who were at least were doubtful.

Now I know that the cost and quality of the medical and dental care here is one of the main reasons to move to Mexico.

Without a doubt, the medical and dental care we’ve received here in Mexico is far superior to what we received in the US in the last few years before we left. It’s not even a close call. Here are some differences:

The Mexican People in General

While I always knew that one always needs to have lots of caveats when making any generalization about a group of people, my view of the Mexican people in general was formed by where I lived in Southern California and by those areas in Southern California where the Mexican people lived, which certainly had more gangs than where I lived and were certainly more dangerous. My “before coming to Mexico view” was that the Mexican people may be a bit aggressive. (From what I’m told, gang members can tend to be a bit aggressive, especially if you wander at night into one of their neighborhoods, for example, in East Los Angeles.)

Of course, as it relates to actually living in most places in Mexico, I was wrong on this one as well. As a general rule, the Mexican people in Mexico are actually much less aggressive, much less confrontational and gentler not only than anything I could

imagine about the Mexicans in the US but also than my average non-Mexican neighbor living in the US. The Mexicans I know here in Mexico are in general lovely people who are close with their families and are very good friends.

They are also very open to making new, North of the Border American friends… no matter how silly our previous misconceptions.