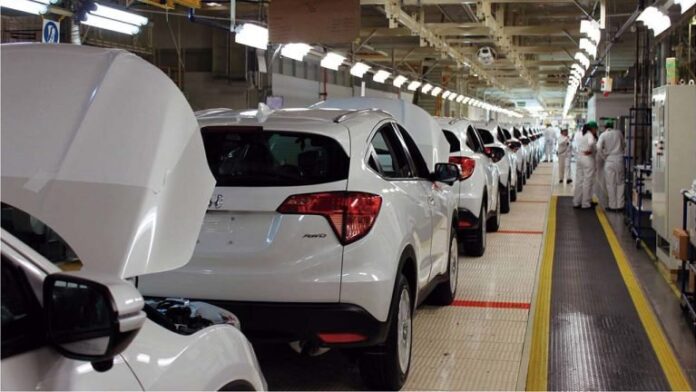 Only in the second month of the year, the assembly of light vehicles plummeted almost 29% in Mexican territory, while shipments abroad fell about 22%, according to official data.

Automaker Honda will temporarily suspend production in Mexico from Thursday due to supply chain problems, a company spokesman said on Wednesday, adding that there can be no “speculation” about its duration while they work with suppliers. in a solution.

The Japanese manufacturer reported yesterday that supply failures will force it to halt production at most of its car plants in Canada and the United States starting Monday, without giving details.

Toyota Motor also said Wednesday that it will cut part of this week’s operation at some of its factories in the United States, citing a shortage of petrochemicals.

Honda, which has two auto assemblers in the Latin American country, said that all its plants in North America will be affected and they are adjusting production to “carefully manage” the available supply of parts and be able to serve customers.

“We continue to manage a number of supply chain issues related to the impact of Covid-19, the shortage of microchips and the severe winter weather of recent weeks,” a company spokesperson in Mexico told Reuters.

The lack of semiconductors that began at the global level at the end of last year has hit the production and export of automobiles in Mexico so far in 2021 and in February blackouts and shortages in the distribution of gas derived from a frigid wave in Texas, United States.