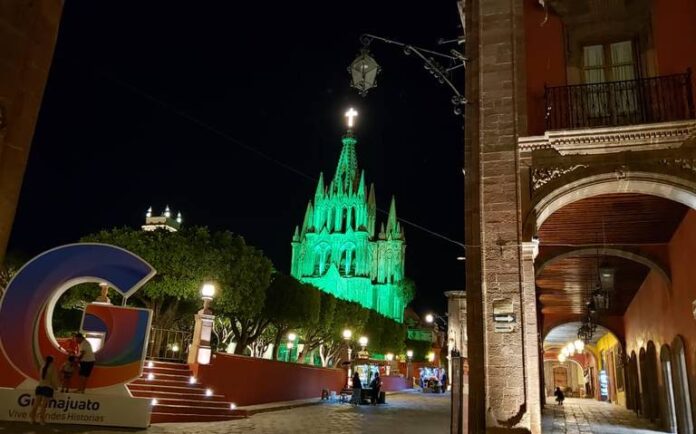 The initiative arises within the framework of the celebration of the patron saint of the European country, Saint Patrick

San Miguel de Allende, Guanajuato.- The Irish government, through its embassy in Mexico, invited San Miguel de Allende to participate in the global initiative ‘Global Greening 2021’, in order to strengthen ties between countries before the so complicated situation that humanity is going through.

In an unprecedented event, the municipality will participate in the green lighting of the iconic Parroquia de San Miguel Arcángel from March 12 to 17.

The initiative arises within the framework of the celebration of the patron saint of the European country, Saint Patrick, which is commemorated every year with this representative color of Ireland.

On March 2, San Miguel de Allende was announced worldwide along with the other participating countries, cities, and emblematic sites through a press conference led by the Minister of Tourism of Ireland, Mrs. Catherine Martin, and by the Executive Director of the Irish Tourist Board, responsible for Global Greening (Tourism Ireland), Mr. Niall Gibbons.