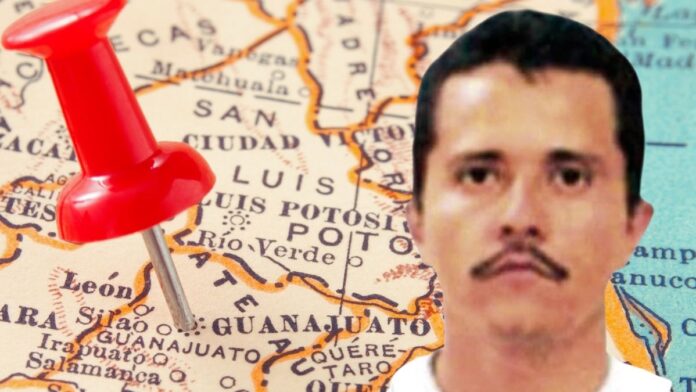 It is not by chance that among the five most violent cities in the world are Celaya and Irapuato; This is due to the Jalisco Nueva Generación Cartel (CJNG), headed by Nemesio Oseguera Cervantes ‘El Mencho’, and his fight for  Guanajuato.

The rate of intentional homicides in the state of Guanajuato increased in a couple of years, its municipalities reach figures higher than those of Tijuana, Culiacán, Ciudad Juárez, or Reynosa, considered for many decades as the most violent in Mexico.

Nemesio Oseguera Cervantes, head of the CJNG, set his eyes on Guanajuato as it is a key point in the huachicol or milking of fuel pipelines, as well as the privileged geographical position that makes it attractive to the passage of all kinds of merchandise.

Upon the arrival of the narco most wanted by the DEA, he ran into José Antonio Yepez, ‘El Marro’, leader of the Santa Rosa de Lima Cartel (CSRL), which won the territories with the departure of other criminal groups that for many years they dominated the Bajío as ‘Los Zetas’ and ‘La Familia Michoacana’.

The criminal gang settled in a community in Villagrán, did not like the interference of ‘El Mencho’ in their land and immediately faced him by unleashing a bloody war, which as a consequence has turned two of its main cities as the most violent in the world. world, according to the ranking of the Citizen Council for Security and Peace.

The fall of ‘El Marro’ was presumed as an achievement and the key to peace for all of Guanajuato, but a year later it remains an unfulfilled promise by the government of Diego Sinhue Rodríguez.

CJNG and its fight against cartels

Experts on national security issues consider that in Guanajuato there are at least seven cartels that dispute the control of drug trafficking.

‘El Mencho’ and the CSRL cells are the most visible, among them there are still pending accounts, but local groups and some regional groups that seek to expand were added to the fight for the loot.

Apparently in southern municipalities, the groups related to ‘Marro’ are in a civil war, if they win they will have to face the advance of the Jalisco Nueva Generación Cartel and that is when they will need the help of the other most powerful cartel in the country.

It is said that the Sinaloa Cartel has a presence in Guanajuato and its imperative entry into the war is due to avoid being dismantled by ‘El Mencho’, as happened in Jalisco, Colima, and some populations of Nayarit.

Drug traffickers linked to the Nueva Familia Michoacana and the United Cartels have already been seen in other municipalities adjacent to Michoacán; criminal organizations that are confronting the CJNG in Tierra Caliente.

In León, the most populated city in Guanajuato, there are local gangs that work as mercenaries, the largest of which is the so-called ‘Unión León’, but which apparently have reached agreements with those from Jalisco to work together.

Added to this struggle is the Gulf Cartel, it is not yet identified whether they are claiming former lands that belonged to their former armed wing ‘Los Zetas’, or are only supporting local groups.

Authorities appear not to have the ability to quell the flames.

Entrepreneurs, small businesses, and residents feel insecure and constantly denounce being victims of extortion, homicides, and disappearances by drug traffickers.